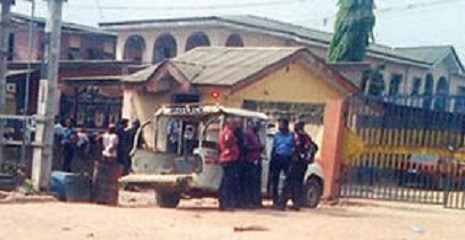 The officials of Lagos Police Command have rescued a woman and her three children from the den of some kidnappers at the Igando Waterfront, Lagos.

A statement from the Force Public Relations Officer, Don Awunah on Tuesday said when the information of the kidnap got to the Nigeria Police, the Acting Inspector-General of Police, Ibrahim Idris, ordered the immediate deployment of a detachment of Counter Terrorism Unit to the area to rescue of the victims.

The statement added that when the news of the kidnap spread around the Ayobo area, some good spirited members of the community mobilized to apprehend the hoodlums, until the Police were contacted.

“This community collaboration with the Nigeria Police ensured that the hoodlums were traced to the Igando waterfront, Lagos, on 4 July, 2016 where the criminals abandoned their victims and fled,” it said.