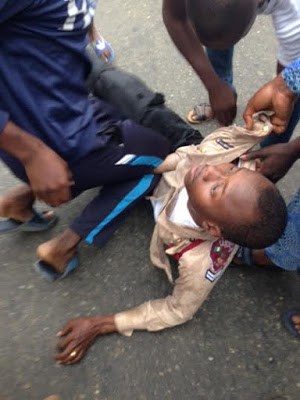 An official of Federal Road Safety Commission(FRSC) is currently recovering at the hospital after a group of thugs hired by an angry motorist beat him to stupor.

The unidentified FRSC official and two of his colleagues flagged down a speeding Toyota Camry car but the driver refuses to stop. They later gave him a hot chase and in the process, the driver accidentally knocked down a pedestrian.

To cut the long story short, the driver of the car being chased ordered his boys to beat the officials up at Jibowu area of Yaba Lagos.

Two of his colleagues managed to escape as this overzealous FRSC official got the beatings of life.

It was the timely intervention of street hawkers that saved him from being beaten to death.

The incident involving the driver of the Toyota Camry car with registration # MU780KJA happened around 9am on Sunday.

See photos from the scene of the jungle justice 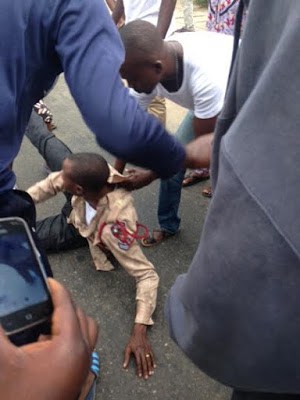 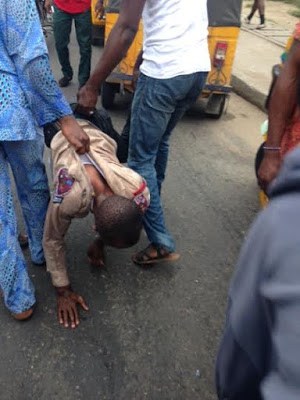 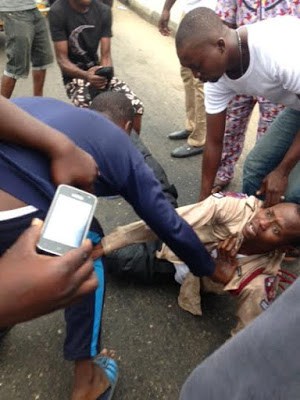 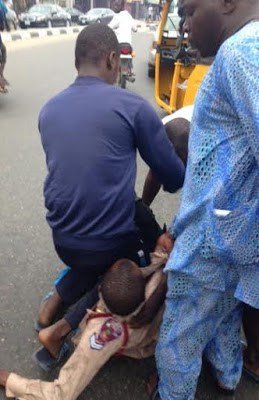