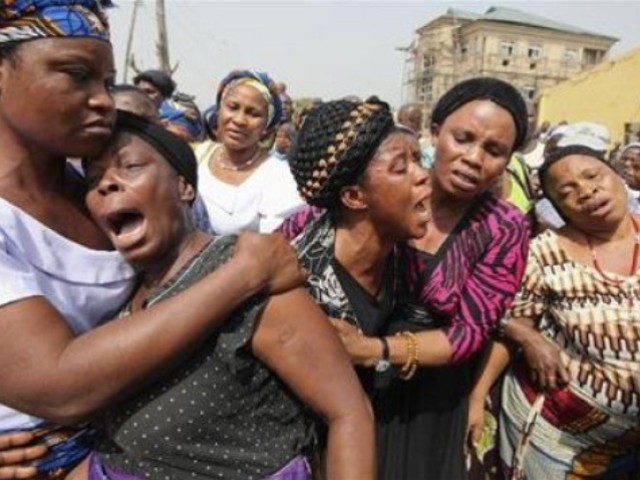 Police in Abakaliki have arrested a 24-year-old woman for killing her husband after a domestic quarrel over alleged infidelity. According to a police source, the woman, one Mrs. Okorji, was alleged to have stabbed her husband who questioned her over allegation of infidelity.

This, it was gathered, degenerated into a quarrel and the woman subsequently stabbed her husband. The incident, which occurred on Sunday at their residence, No. 8, Eze Street, Abakaliki in the Ebonyi State capital, generated concern as neighbours were seen discussing the matter in small groups.

According to the police spokesman, investigation so far conducted by the police on the matter indicated that the accused, a nursing mother, who already had three children for the man might have carried out the act on the ground that her husband was suspecting her of infidelity. Igbo revealed that the accused Okorji a Law student at the Nigeria Open University admitted committing the crime but blamed it on the devil.

The body of the deceased who hailed from Ahoda-East Local Government Area of River State, same as the wife, had been deposited at the Federal Teaching Hospital, Abakaliki (FETHA) for autopsy. Daily Sun, however, gathered that the accused, who was in police custody, had been charged to court and remanded in prison custody for further investigation.

It was gathered that previous attempts by Immigration authorities in the state to resolve the deceased’s marital differences yielded no result. (Source)