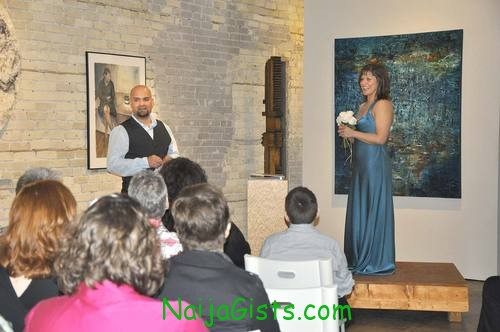 This bizarre case of self marriage is rapidly increasing in today’s society
The woman above claims she doesn’t need a man to complete her.
She said it’s about committing to changing her life.

The 36-year old woman who hails from Fargo in North Dakota married herself just last month claiming she doesn’t need a man to be happy.

Nadine Schweigert who stood up in front of the 45 guests at her wedding, she took the following vow: “I, Nadine promise to enjoy inhabiting my own life and to relish a lifelong love affair with my beautiful self.” 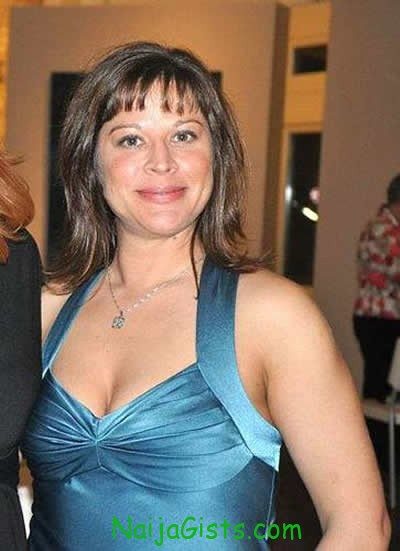 Later in the ceremony, she presented herself with a ring. When it was time for the traditional first kiss, she asked guests to blow kisses to the whole world. Soon after the ceremony, Nadine even took off on a honeymoon at New Orleans, all by herself, of course.

Nadine says that after three children and a divorce, she spent several years just waiting for someone to come along and make her happy. She has struggled for years with self-acceptance, attending group therapy in an attempt to feel better. One day, when a friend said to her, “Why do you need someone to marry you to be happy? Marry yourself,” the idea took root in Nadine’s mind.

At first her friends thought that it was too weird for her to be marrying herself. Her 11-year-old son refused to come if she went through with it.

But a few months later, she just knew that she had to do it. This time, her friends and her son supported her wish. Her parents also attended the ceremony, even though they had never heard of self-marriage before

The Concept Of Self Marriage

Self-marriage can be a confusing concept to those who don’t know what it’s all about. Nadine isn’t alone, however, many others have done it before. It was even portrayed on the popular TV show Glee, where ‘Sue Sylvester’ ties the knot with herself.

These ceremonies are considered secular and purely symbolic. New Age websites such as Encouraging Priestess even share ideas on how to perform self-marriage ceremonies. The idea behind these marriages is to help a person realize that they do not need anybody else to feel complete.

I love the idea of not needing a man to be happy however, the self marriage concept is a bit odd.

Continue Reading
You may also like...
Related Topics:married herself, Nadine Schweigert, north dakota, self marriage, woman