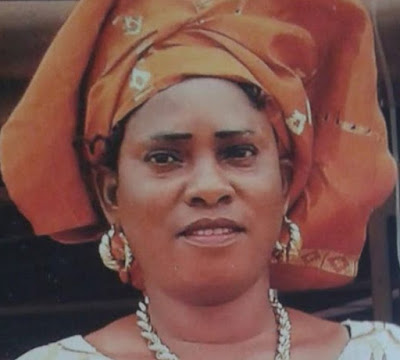 A woman identified as Josephine Igbineweka has been murdered by her last child in Benin city.

The 55-year-old beer parlour owner was killed by her last child, 22-year-old Caleb Obasegie around 8am on Thursday because she refused to give him money

According to neighbours, the suspect locked his mother in one of the rooms in their house and used a broken bottle to stab her repeatedly until her womb and intestines cut open.

He made the situation worst when he allegedly dangled the intestines of his mother infront of scared neigbhours who came to rescue the deceased when she screamed for help.

The suspect, a final year student of the University of Benin has been arrested.