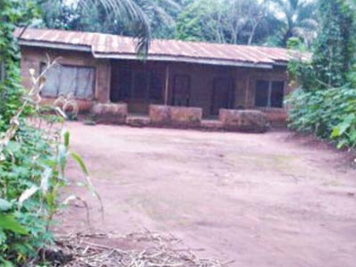 The Abia Police Command, on Tuesday confirmed the arrest of a woman, who allegedly sold her three-year-old grandson to a ritualist.

The Command’s spokesman, DSP Udeviotu Onyeke told the News Agency of Nigeria (NAN) that the woman was in the custody of the police in Umuobiakwa, as investigation continues.

He said that part of the investigation being carried out was to determine the sanity of the woman.

The woman, who hailed from Onitsha Ngwa in Obingwa Local Government of the state, had left the village with the child and returned a week later to report that he was missing.

Sources in the village said that when the suspect was questioned about the missing boy, her response triggered suspicion, thereby prompting the villagers to invite the police.

The suspect allegedly told the police that she sold the boy for N100, 000 to a native doctor in Akwa Ibom and wanted to use the money to buy a motorcycle before end of the year.

The police spokesman, however, said that the woman had since changed her statement, claiming that the boy was with her sister in Aba.

Onyeke assured that the police would thoroughly investigate the matter to unravel the whereabouts of the three-year-old boy.