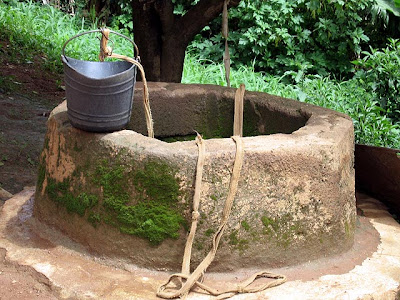 A wicked 40 year old woman in Lagos is currently facing the wrath of the law as she allegedly murder a co-tenant’s baby by throwing her into a well.

She appeared before a Yaba Magistrates’ Court in Lagos today on the murder charge.

The woman identified as Kuburat Bello was accused of throwing a 4-year old baby daughter of a co-tenant into a dry well. The baby was said to have died in the well.

The court could not take the defendant’s plea as Magistrate M.O. Tanimola said that she needed the advice of the state Director of Public Prosecutions. She remanded the woman at the Ikoyi Prisons, pending the advice.

According to the prosecutor, Sergeant Victor Eruada, Bello, a resident of 1, Haruna St., Fadeyi, Lagos, committed the alleged murder on May 23.

He said that the girl was a daughter of Mr. Martin Solomon, and that the defendant and Solomon’s wife had been in disagreement for some months.

The prosecutor told the court that the toddler had gone to the defendant’s apartment to give her a pencil as she requested but did not return.

Eruada said that shortly after the pencil was given, Solomon heard some neighbours shouting that his daughter was in the well.

He told the court that when Solomon demanded an explanation, the defendant said that the girl suddenly said that she wanted to jump into the well, and that before she could stop her, the toddler had jumped in.

The prosecutor said that the dry well had not been in use in the past eight years.

He noted that offence contravenes Section 221 of the Criminal Code, Laws of Lagos State, and punishable with death. The case was adjourned till October 10 for mention.