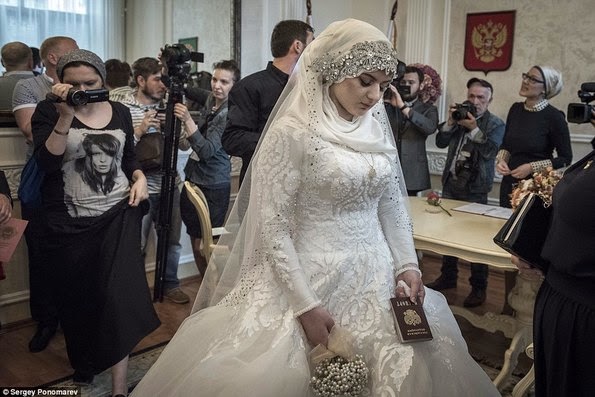 Pictured above is a 17-year-old teenager forced to marry a Police Chief in Russia recently.

The girl identified as Kheda Goilabiyeva and her family were threatened with kidnap if she refused to marry Chechen rebel leader Ramzan Kadyrov’s ally, Police Chief Nazhud Guchigov.

Out of fear, she agreed to the marriage but her facial expression throughout the wedding ceremony revealed deep sorrow.

Kheda who wept throughout the ceremony was asked 3 times whether she want to marry the 47-year-old warlord and she reluctantly responded with yes once.

The groom already has a wife and a son.

See heartbreaking photos from the wedding ceremony below 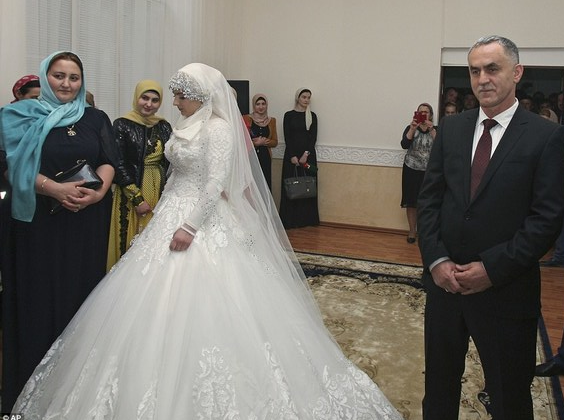 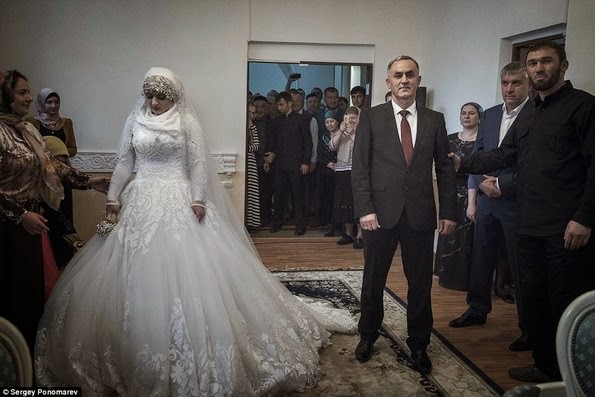 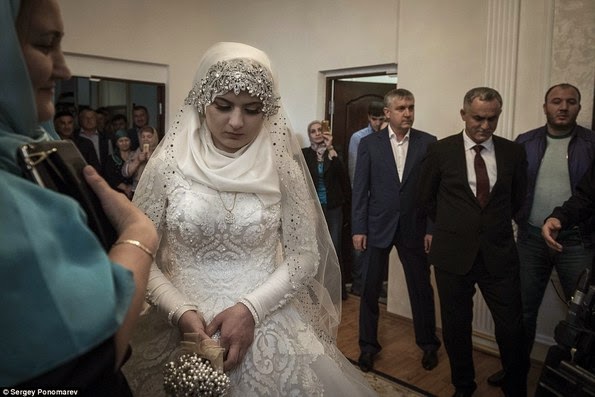 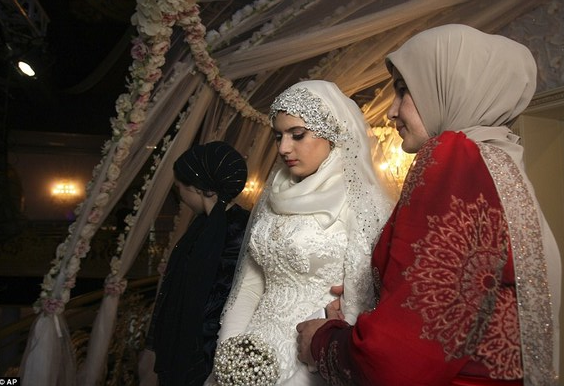 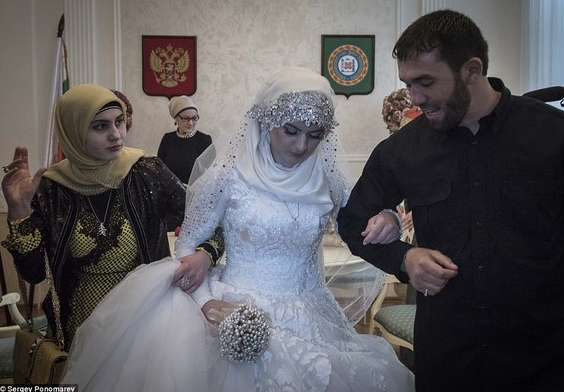 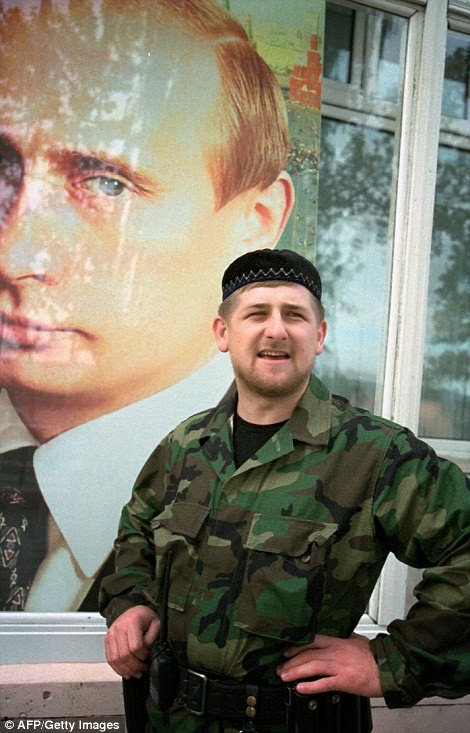 Rebel leader Ramzan Kadyrov who introduced the bride to the groom.