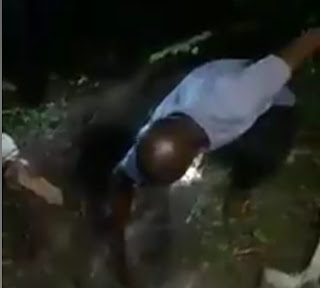 Meet Owolabi Tunde, one of the big boys in Lagos who was recently arrested for using his family member for money ritual.

The suspected internet fraudster aka Yahoo Boy popularly called Money Talks was trailed to his home  by vigilant residents of Ikoyi who saw him when he went to dump the remains of his 7-year-old nephew in a thick forest after he allegedly used him for money ritual.

According to social media reports, Money Talks after his arrest took police operatives to the spot where he buried the corpse of the innocent boy.