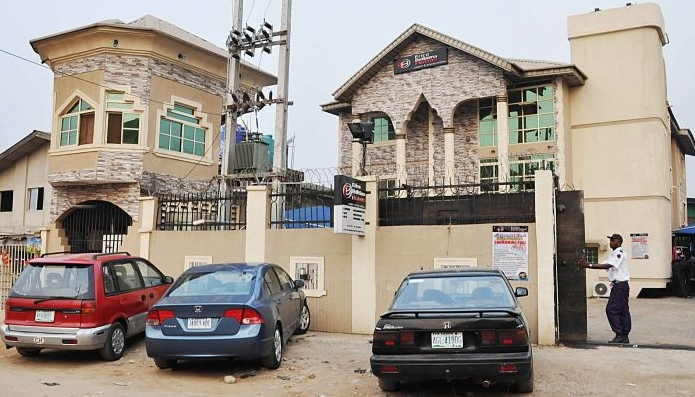 A mobile policeman on Thursday took the life of a 30-year-old man identified as Niyi, said to be an online fraudster aka ‘Yahoo boy’.

They waited outside apparently to see his debtor on his way out of the hotel.

A resident, who gave his name as John, said the presence and the number of Niyi’s friends attracted one of the officials of the hotel, who approached them.

He said: “Rather than explain their mission to the hotel to the official, they pounced on him. It was his cry for help that attracted the mobile policeman attached to the hotel.

When the policeman tried to ask why they assaulted the official of the hotel, an argument ensued between Niyi and the policeman. Out of annoyance the policeman shot him in his leg. Not satisfied, he chased Niyi and shot the deceased in the chest.

The victim died on the spot.” Another resident, Mrs. Adejoke Idowu, told our correspondent that the street was like war zone when Niyi’s friends invaded the hotel.

She said: “It was money sharing formula that caused the fight. Niyi used the account of his friend, Tunde, to get the money from his ‘target’ abroad.

They promised to share the money 60:40. Unfortunately, when the money was paid into Tunde’s account, he reneged on their agreement. “Since then he had been avoiding Niyi.

It was one of Niyi’s friends living at Oluwalogbon Street that saw Tunde and called the deceased.

That was why he came with other friends to collect his money from Tunde. “Now they have killed Niyi and allowed the other man to go away with the money.

There is nobody who will take care of Niyi’s wife and baby.”

Immediately the news of Niyi’s death filtered into town, some of his friends, who had fled when the policeman chased them, came back and went on the rampage.

They vandalised the hotel’s property and looted some of the drinks and television sets in the hotel. Some vehicles parked inside and outside the hotel were destroyed. 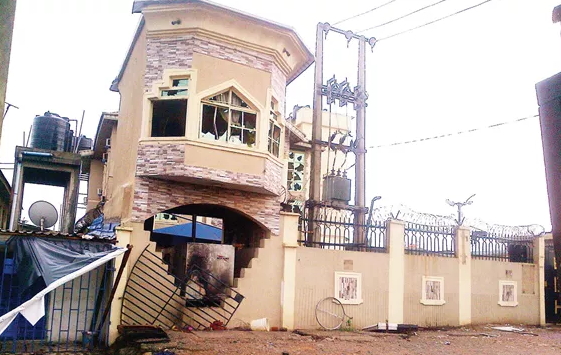 They also attempted to set the hotel ablaze. But task force officials and men of the Rapid Response Squad (RRS) dispersed the protesters.