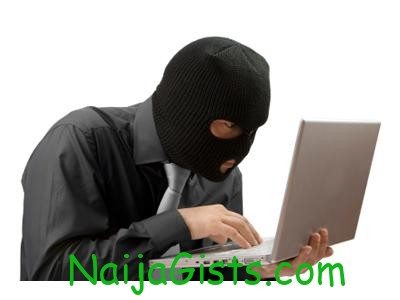 A pastor and her two daughters have been arraigned before an Ogudu Magistrate Court for allegedly defrauding a man of N4.2 million. naijagists.com

The accused Esther Okuinosa (41); Chika Felix (20) and Ifeoma Felix (21) were said to have fraudulently collected the sum from one Nonso Ajas under the pretex of buying him laptops.

Okuinosa, who is the Founder and Pastor of Peace of the God World Gospel Church in Ogun State, and her daughters are facing a three-count charge of conspiracy, fraud and stealing.

Corporal Kemi Adeniran, the Police Prosecutor, told the court that the accused persons knew Ajas through the internet.
The court also heard that the victim paid the N4.2 million into Chika’s account.

“The complainant, Nonso Ajas, knew Chika through the internet and they started dating. Chika told Nonso her aunty deals in laptops. Chika asked Nonso to send some money to her in order to help him buy laptops at cheaper rates, which he did,” Adeniran said.

“It was when the police traced Chika that they found she was conspiring with her sister and mother to perpetrate the crime.”

The accused persons pleaded not guilty to the charges and were granted bail in the sum of N100,000 each with two responsible sureties in like sum.