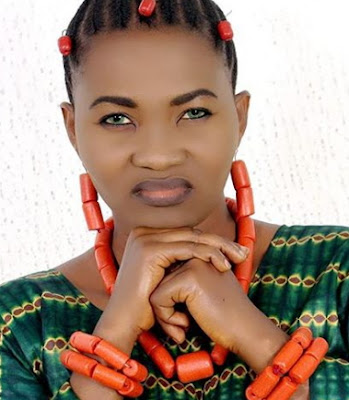 December 27, 2017 – Yewande Adekoya Denial Of Arrest In Atlanta Georgia Is A Blatant Lie By A Disgraced Actress – Insider

It is no longer news that Nollywood actress Yewande Adekoya was arrested and placed under house arrest in the US, however her attempt to deny the report has backfired as an insider who was aware of her arrest is threatening to dig out more information about her.

Her denial did not change a thing as most Nigerians in Atlanta were fully aware of her arrest.

According to NaijaGists.com source, at some point, the actress was made to consult with some lawyers who took over the case in a bid to press further her innocence.

The insider said as a matter of fact the actress cried her eyes out when Atlanta Police stormed the home of her host.

The source even challenged the actress to consult Atlanta police if she really wants to go after those allegedly tarnishing her image.

“It is a blatant lie that may get her into further trouble with the law. I advise her to keep her dignified silence instead of complicating matters. I don’t have any issue with Yewande but her denial is against the law. I challenge her to meet me on NTA tomorrow if she really wants to claim her innocence. She is still under house arrest in Atlanta that I can confirm. Infact I will get a friend of mine who is also aware of her arrest to get me further details. I will get back to you.” – the insider concluded

Since Yewande’s alleged arrest, her husband Abiodun Ishola Thomas has taken over her social media accounts.

He reportedly posted a disclaimer about her arrest on behalf of his wife on Instagram last night.

Continue Reading
You may also like...
Related Topics:arrest, atlanta, deny, us, yewande adekoya

Igbo Born Mama Boko Haram: I Converted To Islam Because My Muslim Husband Is Kind
Igbo Family Of 4 Killed In Car Accident In Benue On Christmas Eve On Way To Wedding In Anambra