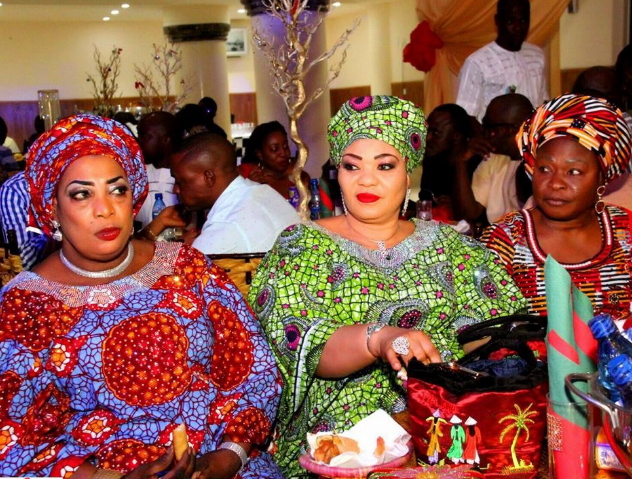 The party was sumptuous and was graced by the high and mighty within the society. The female guests turned out in the pink lace aso-evil, while the male guests wore white lace and pink cap.
On the bandstand to entertain the guests was K1 De Ultimate.

The deceased is survived by many children, grandchildren and great grandchildren. Most of the dignitaries were at the party at the behest of Mufutiat Savage, the deceased last child.

Mopelola Mufutiat Savage, a prominent matriarch within the society is a successful textile merchant. She is married to Chief Ajadi Savage, a prominent businessman, socialite and the Bobajoko of Lagos. The amiable society lady is a childhood friend of Sade Alesh-Adeshoye and the Fuji Czar, King Wasiu Ayinde Marshal, K1 De Ultimate. Mufutiat Savage holds the Yeye Bobajoko of Lagos title.

Continue Reading
You may also like...
Related Topics:lagos, yeye bobajoko