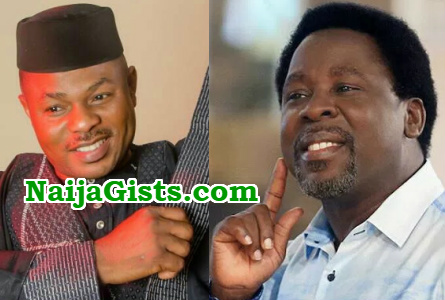 Gospel High life singer Yinka Ayefele who lost his spinal chord in a near-fatal accident 20 years ago recently talked at length with Lanre Odukoya about his ordeal at TB Joshua’s church in Lagos while he was desperately searching for miracle.

See part excerpts of the interview below:

Do you believe in miracles?

Of course, I do believe in miracles. I have been waiting for it and I know surely it will come unexpectedly.

What are some of those awkward things you did while finding and waiting for miracles?

That would be going to The Synagogue Church of All Nations. In those moments I was looking for miracle, a lot of people advised me to go to the church and I took the pain to go then. But unfortunately he couldn’t see me on the first, second and third day. I think on the third day he sent someone to give me N5,000 for transport back. 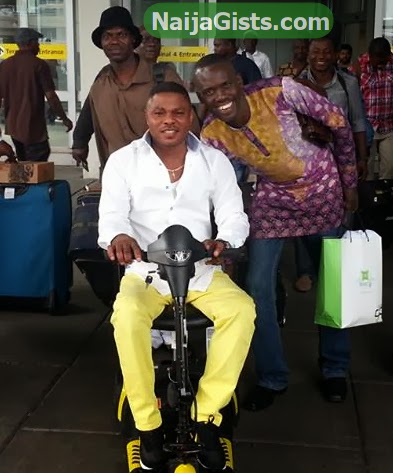 That was about 17years ago and so I decided not go there again.

Why didn’t you return there?

I didn’t because I wouldn’t know why he didn’t want to see me. And maybe it had something to do with the Late Kola Olawuyi’s issue. Kola had issue with him and he knew I was working with him before the accident.

Even if I believe in miracle, the only regret I have was looking around for it, forgetting that miracle can happen anywhere, and then God has said He won’t share His glory with anybody.

Few years back, I was playing with Baba Obadare, and he said my faith has been tied to the treatments I got abroad. And then again, a lot of men of God had given me the message that God said He would do it at His own time and no man will take the glory. For instance, if I had stood up in any of the churches, a lot of people would have swarmed there for miracles.

A lot of people still don’t know how to classify your kind of music – some claim it’s largely the reason you’d not performed at places like the Redemption Camp Convention, Experience and the rest…

First of all, ‘Tungba’ is my own kind of music and the ‘Tungba’ is the sound of my talking drum mix, it is my own way of preaching the gospel and if you like believe it or not. I’m the only Nigerian gospel artiste with lots of Muslim fans in Nigeria.

Performing at the Redemption Camp is not ticket to God but if they invite me for a performance, I’d honour God. I have met with both Pastor Enoch Adeboye and his wife several times in revival; if I’m not invited, it might not be Pastor Adeboye’s fault as it could be sentiments amongst other pastors. I have performed in virtually all other churches.

Nigerian Girl With Chest Cancer Needs Help As Doctors Refer Her Abroad For Surgical Treatment
What You Drive Is Not As Important As What Is Driving You!