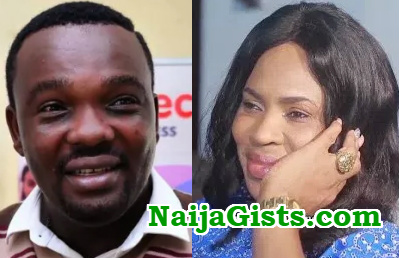 Nov 10, 2017 – Yomi Fabiyi Identifies With Fathia Balogun, Says He Has No Marital Luck

Nollywood Yoruba actor Yomi Fabiyi has joined the likes of Faithia Williams to claim that he’s not destined to marry.

The actor whose marriage to a Briton crashed took to the social media recently to release a lengthy article to disclose his thought on his failed marriage.

Mr Fabiyi revealed that some people are destined to fail in marriage:

“MARRIAGE is an institution that must be built on a SOLID FOUNDATION; CASTED with several conducts and attitudinal traits before marriage. Marriage is never a bed of roses, it has many ups and downs which needs strength of character to sustain.

Often times I hear some females opine that it is efficacy they get loose sexually and experience it to the apogee and will round up and turn a new leaf the moment they are getting married.

These they assume they can do this until it is crystal clear the wedding is taking place. Some console themselves they rather go on escapades as single as avoidance of such fantasies as a spinster will mean the lady will cheat as a married woman, TOTAL LIES, no sense in the codswallop.

The honest truth is this, what you are ADDICTED to becomes part of you for a long time. I stand to be corrected, there are some traits that one must not get neck deep into at ones formative years, it will be hard to adjust from them even if one becomes an SU in marriage.

To really enjoy any marriage, especially in a world where the fundamentals of home training to prepare a girl or boy for the core of matrimony has long been jettisoned, one must take it upon him or herself to engage in some self discipline to create a sexually abstract and physical DNA that can stand the test of time in marriage. You cannot eat your cake and still have it.

Some of us are package destined to fail in marriage. If we ever last in any marriage, it may be perhaps because we are hoodwinked with someone who keeps us as an evidence of social responsibility, sexual satisfaction, and continuation of the human race only.

Some men know their woman cannot be tamed but are not ready to be bothered with what their vows, ring or cert cant change anylonger. They just look away.

IF YOU DONT DISCIPLINE YOURSELF IN SOME ADVANCES NOW, CHANCES ARE YOU MAY FIND IT HARD TO IN MARRIAGE EVEN WHEN YOU HAVE BINOCULARS ON YOU.

Be wary of what you get addicted to. Ask yourself now, WHAT VALUES ARE YOU UPHOLDING PENULTIMATE A SERIOUS RELATIONSHIP or YOUR EVENTUAL MARRIAGE? If NON, avoid getting married or just dont invest too much in your marriage, it is most likely to……. Yomi Fabiyi.”

It is still worrisome that some people accept failure and hard luck just like that.

Nobody is destined to fail or succeed in marriage. Marriage is hard work….. It is an institution that takes two to tango.

That you married a wrong partner doesn’t mean you are destined to fail in marriage.

This is why people need to seek the face of God before choosing life partners.

May God give us understanding.