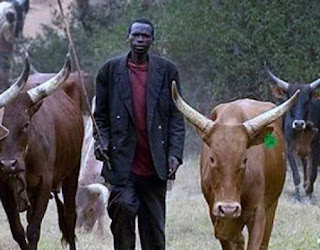 Benue state Police Command spokesman has confirmed the arrest of one Garba Ibrahim, a herdsman, over the killing of a fish Farmer in Logo Local Government Area of the state.

Here is what the state’s police spokesman Moses Yamu said about  the suspect:

“We received a case of culpable homicide where a fish farmer was killed and another injured by herdsmen and we promptly intervened and arrested one of the culprits, Garba Ibrahim, who was in possession of a locally made pistol with three live cartridges. He will soon be charged to court.”