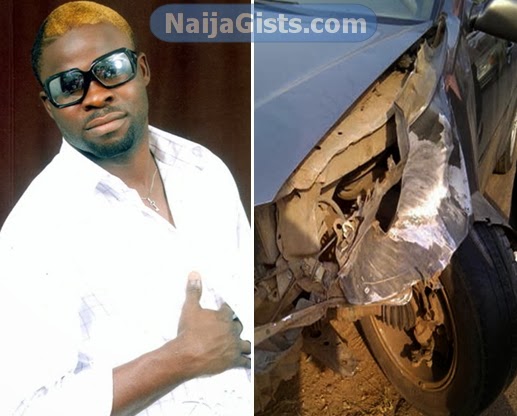 A well known figure in Nollywood Yoruba film industry, Muyideen Oladapo has every cause to give thanks to God for sparing his life in a serious car accident this week.

Popularly called Lala, the Omo University movie star was returning back to his base in Lagos from Ilorin when a vehicle in front of his Toyota Camry car lost control on the express.

Eyewitnesses reported that the actor wasn’t behind the wheel but he was among the occupants of the car at the time of the crash that happened in Lalupon area of Ibadan, the capital city of Oyo State.

Muyideen Oladapo who confirmed the crash few hours ago said he is happy to be alive . 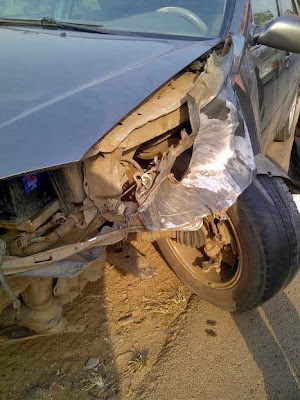 Another tragedy has been averted in Nollywood.