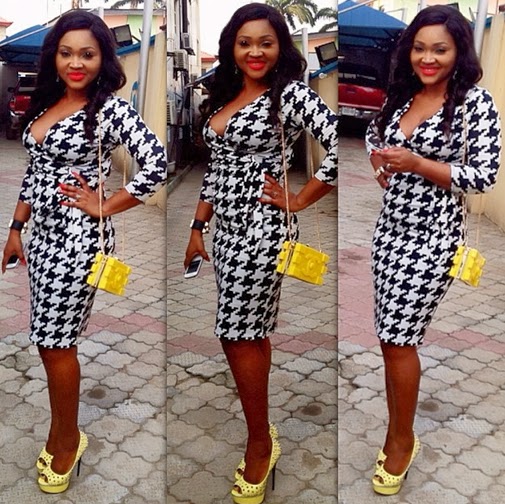 The beautiful mother of two joyfully shared the above photo of herself on Instagram yesterday to show fans what she wore out on Christmas day and minutes later, a fan blasts her for allegedly carrying the fake version of the expensive designer bag.

Loyal fans of Mercy Aigbe Gentry swarmed the abusive fans with all sorts of negative comments. To calm down the situation, the actress had to come in and plead with them to stop abusing each other on Christmas day.

Check out few of the comments below: 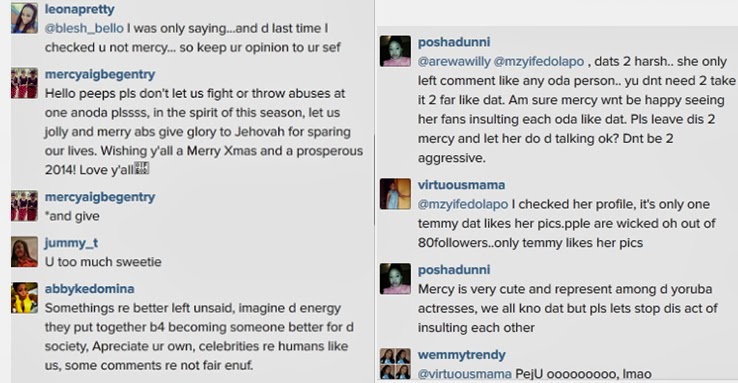 The original version of the Chanel Lego Clutch bag costs $10,000 and it’s limited edition, meaning only few were produced.

All other ones being carried nowadays are replicas.

Nollywood actresses Ini Edo, Sikiratu Sindodo and Genevieve Nnaji have rocked their own replica version in the past. So Mercy Aigbe’s own is not an exception.