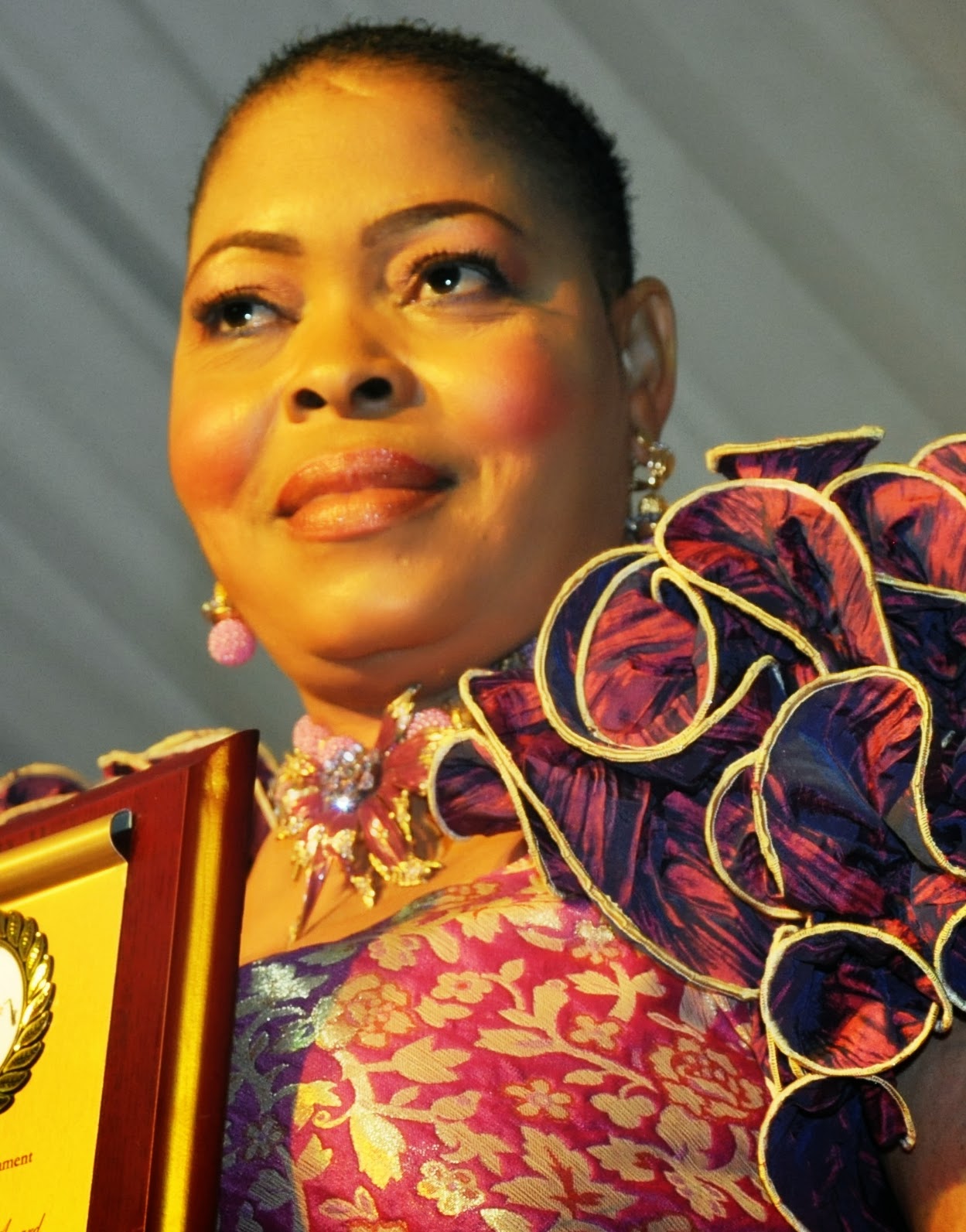 Call her Madam Gold; you can be sure you won’t be penalized for it, as her impeccable dress sense stands her out from the crowd. Toyin Adegboola, one of Nollywood screen goddesses in the Yoruba genre otherwise known as Asewo to re Mecca, in this interview reveals her fashion sense, including her obsession for gold trinkets and accessories. She also talks of her foray into politics and why she proudly bears the screen name that launched her from obscurity to the centre stage.

What is good grooming to you?

Good grooming to me means looking your best on all occasion.

What type of jewelry do you love most?

I love gold with a passion, not ordinary gold. I mean pure gold, as a matter of fact my love for gold jewelry prompted me to come up with a movie entitled “Iyawo oni gold”. Although I like beads too but it’s on occasional basis.

Do you copy other people’s style in the industry?

(Laughs) I don’t copy people’s style. I love my style and believe in myself, Yeye Oluwatoyin Adegbola knows her onions when it comes to fashion and style.

Don’t you feel weird with your trade­mark low cuts?

Yea, my people testify to it, you see appearing in low cut hair style sometimes changes my look, some people even call me sweet 16, and I love it.

Your facial makeup, do you do it your­self or you have a makeup artist?

I have a makeup artist that makes me up any time I am going out for any event, you know as a public figure, you are expected to appear gorgeous at all times and as Yeye that knows what’s in vogue, I think I love to dazzle my fans with my eye popping ap­pearance even when I am not on set

Do you have time to hang out with friends?

No, you know the nature of our job, traveling all around, moving from one film location to another, it has not been easy. Even to go to gym a times, seems to be difficult due to our time- taking career and that has been one of the major challenges involved in acting.

How did you come by the name: Ajoke asewo tore Mecca (Ajoke, the prostitute who went to Mecca)?

Oga Belo, my mentor, brought the name to limelight. I could remember I was still a civil servant when he called me to feature in the movie and played the character of a wayward woman, Ajoke Asewo tore Mecca” and since then people have been calling me by the name.

Aren’t you embarrassed by the name?

Do I have a choice? Initially I wanted to decline it, but the more I tried, the more people called the name, even when I went to Jerusalem, my fellow Nigerian pilgrims still addressed me by the name. Some even changed it to Asewo tore Jerusalem. But now, I am flying with the name to the extent that I make it known to people everywhere that I am the only international Asewo with a NAFDAC number.(Smiles)

The name has rather brought me money and fame, you know what?

My people know me to be a respectful, reliable and God -fearing mother. It was just a role I played.

We hear you are now a politician.

Yes I am now a politician, not that I am neglecting acting for politics, it’s just that my people from Osun State sent for me to represent my community, even I was invited by Ogbeni Rauf Aregbesola to partake in the development of my state.

You know when you are good in any of your chosen career; people will appreciate your effort.

But you said acting doesn’t allow you to hang out with friends, so how would create time to serve the people of Osun?

Hmmm, I think I just have to put some things in order to make it work, that’s the only way I could pay my people back, be­cause without them, there would have been no me. My fans always boost my morale and this keeps me going.

What’s the biggest challenge being a celebrity?

The major point is that your freedom is restricted as soon as you become a public figure, there are so many things you would have loved to do as a normal person, but being a celebrity you need to be careful because all eyes are on you, especially from the press.

If you were given an opportunity to change anything in the movie industry, what would that be?

Firstly, I would stop multiple productions and ban indecent home videos. I would love to abide by our formal rules, which stipu­lates that not more than five films should be produced per month. Secondly, I would adjust our ladies’ mode of dressing.

Advice to the up-coming artistes

Be focused and put your trust in God, though distraction will surely show its ugly face, but shun it and keep moving.

Continue Reading
You may also like...
Related Topics:2014, asewo to re mecca, latest, news, toyin adegbola