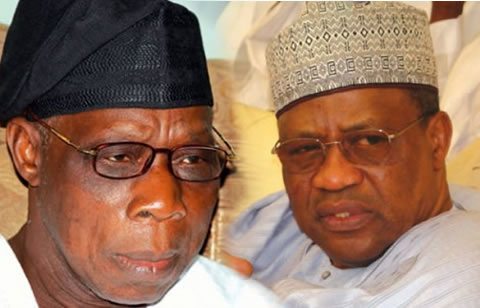 The CNPP believes that the looting of public funds as well as the wrong steps the duo took during their administration is one of the primary causes for the current insurgency being witnessed in the country.

The umbrella body for all the political parties in the country said the two former leaders must return the billions of dollars looted during their administration before they could be seen as having the honesty to speak on what they caused.

Obasanjo and Babangida had advocated community involvement in resolving the rising insecurity in the country in a joint statement they issued while Babangida later hinted that President Goodluck Jonathan actually asked them to intervene.

However, in a sharp reaction to the statement of the two leaders, the CNPP, through a statement issued by its spokesperson, Osita Okechukwu, said: “we wish to call on Generals Obasanjo and Babangida to fast-track intensive community involvement by returning the billions of United States dollars stolen under their watch.”

The CNPP reminded the two leaders that the amount they and their other officials allegedly stole was enough to provide employment for the majority of unemployed Nigerians who are now taking up arms across the country.

“It is indisputable that the monies stolen under the two regimes are more than enough to complete the Mambilla Hydro-Power -Plant, Kano-Lagos and Maiduguri-Port Harcourt Modern Rail- lines and two refineries of 500,000 barrels per day capacity.”

The umbrella political body said if those areas had been addressed by the two leaders, it would have generated mass employment and reduced Boko Haram activities, kidnapping, armed robbery and other vices, adding that this was the real community involvement”.

The CNPP said it was not opposed to the two leaders bringing their experience to bear on the challenges facing the country, but that they must start with returning the stolen funds.

“Is it not hypocrisy on the part of the two leaders who with their cronies looted the monies which could have changed the face of our fatherland and turned round the decayed social services, dilapidated infrastructure and gross unemployment to mount moral high ground and pontificate” The group asked while reminding Obasanjo how he rebuffed the entreaties of the Swiss government to include other looters of the country’s funds during his request for Sani Abacha’s looted fund.