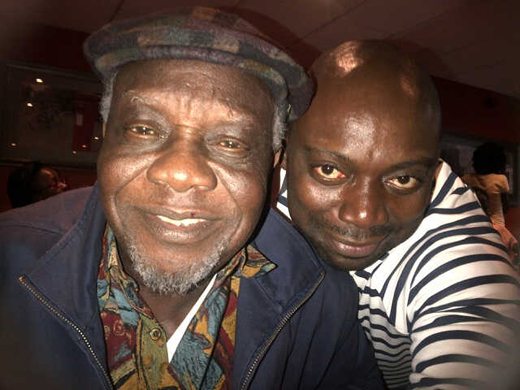 We learnt the two actors checked into the hotel on their arrival.

On returning from a rehearsal for Wole Soyinka’s The Lion & The Jewel Play, they were surprised to see their belongings have been tampered with.

Segun Arinze lost his Ipad, Justus on the other hand lost his international passport, his laptop and traveling documents.

Several valuables including their cash were also lost.

Justus said he was left stranded in Queensland. He has been issued a new passport on self recognition by the Nigerian embassy in UK.

Police were called into the hotel, forensic search was conducted but no arrest has been made so far.

The hotel in question doesn’t CCTV Camera to capture the robbery.

The actors and other crew members are set to return to Nigeria on Monday.