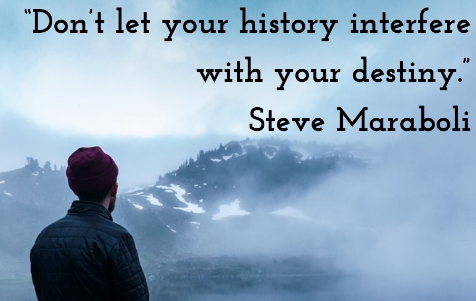 Recently, about two weeks ago(November 9, 2017 ), the Vice-President of the Federal  Republic Of Nigeria, His Excellency, Prof. Yemi Osinbajo, SAN,  was invited to give the convocation speech at the 10th Convocation of Lead City University in Ibadan, Oyo State. 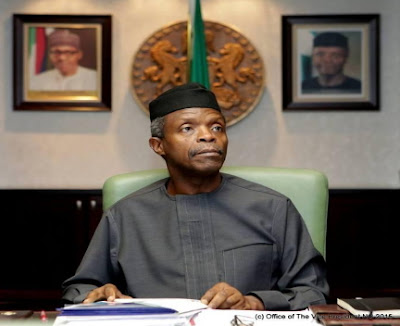 What was just meant to be another speech by the Vice-President turn out to be a masterpiece with bundle of inspiration for the Nigerian youths. What actually astonished me is the Vice President’s consistent harping on character and seizing opportunities as the short-cuts to success.  I decided to publish this highly cerebral and thoughtful piece released by the Senior Special Assistant to the Vice-President on Media and Publicity, Mr. Laolu Akande:

“I was 60 years old in March this year, and I must confess that it was one of the greatest surprises I ever experienced!  I just suddenly became 60. I can clearly remember when I graduated when I was 21 years old.   How time flies. One of the most important lessons you will learn is that time flies. Whether you are wasting it or using it well, it simply flies by.

There are a few other lessons I learnt along the way. And at the age of 60 I’m entitled to give some advice, and l will share some of them with you. Some you might agree with, others you may not, but I would be most flattered if you remember them, and whenever you meet me in life’s journey, somewhere down the line, you will tell me whether I was right or wrong.

First thing I learnt is that talent, an excellent degree, even coming from a well-off family, does not mean success and certainly does not mean greatness. The most talented people, those who get the best degrees, and even from a well-known family, do not necessarily become the most successful in life.

The difference between success and failure, mediocrity or excellence, is character.  Along with character is the importance of opportunity, but perhaps most crucial, is the grace of God. So what is character? And l will define it my own way; character is a set of values that shapes the conduct of an individual. It is the set of principles, spoken and unspoken, that a person observes and lives by.

As a young student at the London School of Economics and Political Science, University of London, in 1980 my school fees were delayed in a particular term. There were problems with the remitting from the Central Bank in Nigeria. So I spoke to the student’s counsellor in my faculty who asked me to go to the bank and ask for a loan. I asked how?  How do l go for a loan when I don’t have any money? I owe over 600 pounds and I probably have only 50 pounds in the bank, where would I get the collateral to take the loan?

Anyway, I got to the bank and l explained the problem to the lady across the counter that I needed to pay 600 pounds for my fees, and she simply asked the name, and l brought out my ledger, she looked at it and found out I had no money in there. She asked me when I thought I could repay, I said maybe 6weeks. She then gave me a document I signed and she gave me 600pounds.

I paid my fees and I paid back when my cheque came. But in the same United Kingdom, a few years after, if you carried a Nigerian passport, the banks would not even open an account for you. Why? Some Nigerians abused the trust that financial transactions require.

And if you look at the past few years, many foreign banks have closed accounts of Nigerians because of the numerous attempts to defraud on those accounts. So because of the untrustworthiness of a few, a whole nation is painted black. The world is in search of the Nigerian of integrity, the trustworthy Nigerian to do business with, to employ. Everyone wants faithful partners or employees. Even thieves are in search of trustworthy people to keep their money with.

The other lesson is that you must repay when you borrow, whether it is from a friend, relation or a bank. Credit is the lifeblood of business, the life blood of commerce. You are dead if your credit sources dry up. I have a friend, Remi Morgan; he owns perhaps the largest Christian bookstore in Nigeria. Possibly the largest bookstore in Nigeria.  When he wanted to start his business of importing bibles and Christian books from the US, no publisher in the US wanted to give him credit. Why? Many Nigerians who they had done business with in the past had taken credit and simply disappeared. So he had to pay cash for everything.

Now if you want to have a profitable business, you must have credit line. But if you don’t have credit, you can’t do profitable business. But gradually, he began to build trust; as time went on, he began to show that he could be trustworthy. They gave him credit for 30 days, then 60, then 120, and he made sure he paid back, so everybody wanted to do business with him.

Suddenly every Christian and business book publisher around the world want to do business with this honest Nigerian. So later on, his bookstore company possibly became the largest bookshop in Nigeria because he showed that he could be trusted.

While I was teaching at the University of Lagos, as a young lecturer, in the department of Public Law in the Faculty of Law, there were 3 typists in the department. The chief typist, senior typist, and the junior typist. Because in those days before laptops and personal computers, typists in universities had to do a lot of work and they were very important because you always needed to type all your materials.

When there was work to do, what l discovered was that the chief typist would disappear. He works only till 4 pm. The senior typist would be nowhere to be found. But a gentleman called Adereni the junior typist, who only had his school certificate, was remarkably hardworking. Sometimes I would drop him off at his home at 1am.

Years after I was working as an adviser to the then Attorney-General of the Federation Hon. Bola Ajibola, who later became a judge of the World Court. While in the court at The Hague, in the Netherlands, one day he called me and asked if I could recommend a good secretary who is hard working and  could do long  judgments. I had three options, chief typist, senior or this junior typist, but the junior typist at a time had only school certificate, he didn’t have any other qualification but l choose him.

He got to the Hague, and typically worked hard and diligently. Every judge in the court wanted him to work with them. He later moved his family over to the Hague and got degrees and made a good living for himself. One day he remembered me and actually sent me a car.

I just want to say that it was so apparent that all that this man had to proof, despite the fact that he had no qualifications at all, all he had to proof was diligence and hard work.

Time and chance is another way of saying opportunity is crucial to success. And I’m sure many of us are familiar with that saying, opportunity knocks once as they say.

But I think it’s probably more true to say that sometimes opportunity whispers.  Besides, as Ravenhill an intellectual said, “the opportunity of a lifetime must be seized within the lifetime of the opportunity.”

In order words, opportunity itself has a lifespan and you must seize it within that lifespan.

But to seize opportunity, you must be prepared. Most people have great hopes and dreams. But they are hardly ready for the opportunity when it comes.

Let me tell you another story. A lady worked with me many years ago. One of her greatest ambitions was to do a Master’s degree in law in the US. She prayed hard about it. And everyone in the department knew of her desire. One day out of the blues, we got an offer from a US foundation through the embassy to nominate a candidate preferably female, to do a Master’s degree and fellowship in a US University.

We were all so excited. We had only two days to the deadline. We had to submit her passport that afternoon. Then the bombshell, she didn’t have a passport! We desperately tried the next day to obtain a passport, but it didn’t work. To cut a long story short, she lost the opportunity. She had everything else but missed her moment. So, there are some here who will say I want to work in an international organization, may be the United Nations, and you know that to stand a good chance, you need a second language apart from English. So if you haven’t started yet, now is the time to learn French, Spanish, or even Chinese.

I think that aside from hard work, innovation will be very important. Here in Nigeria, many young people are using technology to disrupt existing assumptions and create new opportunities, new markets for themselves.

Nollywood film industry, Jason Njoku is not an actor or movie producer, but he has used technology to create a new line of business in the Nollywood film industry. He is the proprietor of the Iroko brand TV; he made the Iroko brand the largest mainstream licensors and distributors of over 5,000 Nollywood films and African Music. Iroko has attracted $20 million in equity.  So is the story of Jobberman, which was listed in the Forbes Magazine Top 10 Tech start-ups in Africa.

Jobberman’s story is a fascinating one.  In 2009, Olalekan Elude, Ayodeji Adewunmi, and Opeyemi Awoyemi at that time, students of Obafemi Awolowo University, Ife, started a site called Jobberman in their hostel to help connect people looking for work with companies looking to hire. Now Jobberman is one of the top 100 websites in Nigeria, and it gets 5,000 applications every day. Just last May, Mark Zuckerberg, the founder of Facebook mentioned them as one of the major technology innovators in Nigeria.

Finally, our family history, the misery and deprivations of our beginnings, the shame and disgrace of the past, sometimes the spectacular failures of the past are the tyrannical weapons of history.

Our future is not determined by history or the past unless we allow it. Your history is not your destiny. You have a chance to make your destiny.

I pray for you that the Almighty God will help you, the grace of God will support you, that the coming years will be easy and exciting and that your journey will be smooth. 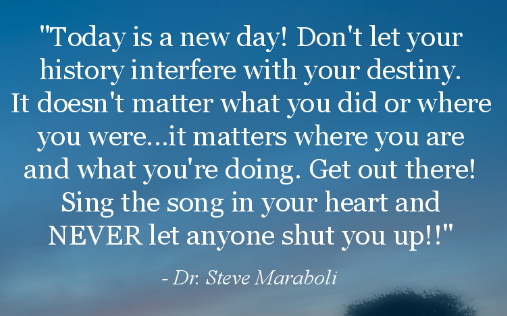 QUOTE OF THE WEEK: “Our future is not determined by history or the past unless we allow it”- Prof. Yemi Osinbajo

Continue Reading
You may also like...
Related Topics:allow, future, past