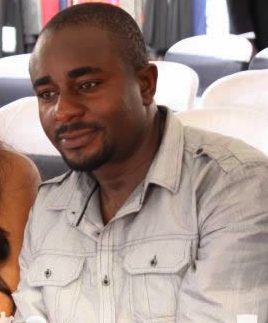 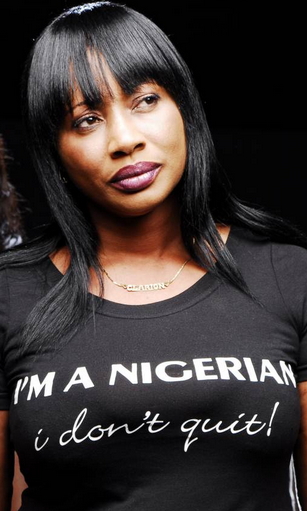 Less than 3 weeks after Clarion Chukwurah make her intention to contest as Actors Guild of Nigeria’s President known, his colleague, Emeka Ike has voiced out his opposition.

The tenure of AGN’s current President, Ibinabo Fiberesima, will, according to Chukwura, end in September but IEmeka ke is dismissing Chukwura’s ambition.

The reason is that Ike, who describes himself as the AGN legal president, says she is ineligible to vie for the post due to a lingering legal case he cites.

The actor who has been challenging the authenticity of the AGN leadership in court since 2009 says, “My problem with my colleagues is that they don’t see things from an objective perspective and look at the legal merits of things. The court says Segun Arinze should not conduct an election. We have breached that order. Ibinabo is not even supposed to announce herself as president anywhere and Clarion is not even eligible to contest in any election considering the matter on ground.”

On a recent controversial visit that a group of Nollywood stars paid President Goodluck Jonathan, Ike, who last starred in a movie in 2011, said it did not represent the AGN.

“There are people that select themselves and then appear to represent the association with an aim to connive and corner the things that belong to the populace and masses. Since the said AGN met Mr. President there has been a grave silence, which is their trait. When some people went to meet the former Anambra State Governor they were given hectares of land for the association, for the benefit of youths. As I speak to you no youth knows anything about that land now. For five years I have been battling to get things out of the actors guild.

It also happened in Lagos State when Governor Bola Tinubu announced a property for Nollywood at Epe. Till date no one is hearing anything about that property.”

While he says the President is not to be blamed, Ike decries the level of lack of professionalism in the movie industry as well as what he describes as disrespect for the law.

Having been off the movie scene for three years, Ike says he has been busy dissipating his energy on what he calls positive ventures.

“I slowed down for a while after my last movie in 2011. I have been busy doing business. I built a brand as an engineer, abandoned it and built another brand as an actor. I studied Mechanical Engineering. I have several businesses I run, including an entertainment and engineering company.”