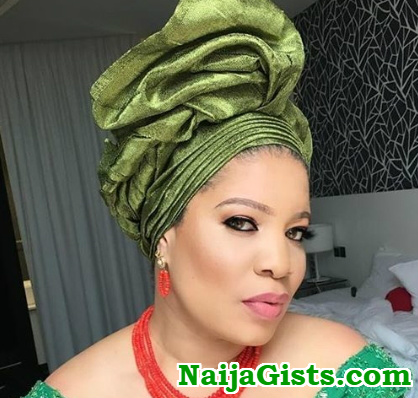 Monalisa Chinda, who is well known for movies like Pregnant Virgin, Heaven’s Gate, Kiss & Tell, and many others, has unveiled her plans to provide good health insurance packages for veteran Nigerian Actors.

Speaking on the upcoming election of the Actors Guild of Nigeria (AGN) 2019 which is scheduled to take place on the 31st of October, in Uyo, Akwa Ibom State, the beautiful actress is set to run for the post of public secretary.

She intends to take up a position in the AGN leadership, rather than watching from the side.

According to her, she wants to get good health Insurance scheme for professional actors, as she’s fed up of the whole issue of actors coming to social media to beg for money.

In an interview with the News Agency of Nigeria (NAN) in Abuja, she said she intends to work closely with the President of AGN, to provide better health insurance packages for actors in Nigeria.
She further spilled some of her displeasures with the current happenings in the industry.

In her words; “We expose our respectable actors that they need N5,000 to treat cough, It’s quite embarrassing. We need to do something. We, as actors with faces can contribute like N1,000 every month, it will go a long way, this is my number one reason”.

Speaking further, she talked on the whole issue of movie piracy in Nigeria, and how it should be handled by the appropriate authorities, so that people in the industry can make profits and gain rewards from their works, and then she waved off the whole rumour that all the Nollywood actresses were into prostitution, and other illegal practices, to increase what they make from the industry.

She said; “We have done so well for ourselves, but in terms of paying bills, we have a long way to go”.

Speaking on the quality of Nigerian movies, she said that the rate of poor production is significantly decreasing, as there are now more educated people in the movie industry.

In her words, “Then, you just needed basic education and skills, but now, you have to do research, because the competition is fierce”.

Despite being a law abiding citizen who always paid her taxes, she was recently involved in an alleged tax evasion saga, where she explained that she had no idea of what it was all about when it started, but later found out that she didn’t file her tax returns for a particular year.