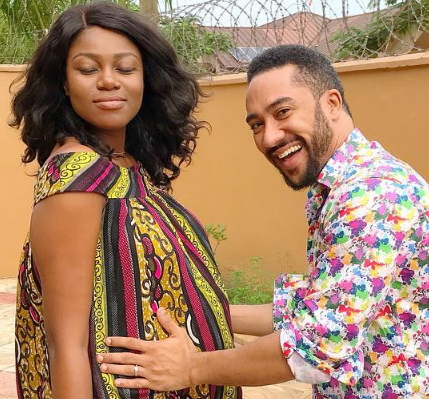 Nov 14, 2017 – Yvonne Nelson Reportedly Cheated On Fiance, Dumped Him After Getting Pregnant For Secret Boyfriend

The trending news on the social media in Africa and some part of the world is the shocking baby delivery story of Ghanaian actress Yvonne Nelson who reportedly got engaged to a man she called the love of her life in Venice Italy on her 30th birthday last year.

According to sources close to the actress, in the course of her short-lived relationship with her jilted fiance based in Birmingham UK (not London as earlier reported), the actress reportedly cheated on him with several partners and in the process, got ‘belle’ for one of them.

One of the sources based in London said the actress did her best to hide the pregnancy from the man simply identified as Tony and at a point when she knew her secret will be exposed, she broke up with him after citing distance and her inability to relocate to the UK as an excuse.

The source added that in January, Tony agreed to move to London from Birmingham when Yvonne agreed to move with him to London with a special agreement that she will be shuttling from London to Ghana for special projects but she told him of her new plan to remain in Ghana in April when it was obvious she’s heading to the labour room and months later, Tony got to know how one of his friends had put the actress in family way.

The source said Yvonne Nelson may not be marrying her current boyfriend turned baby daddy because he also has a wife.