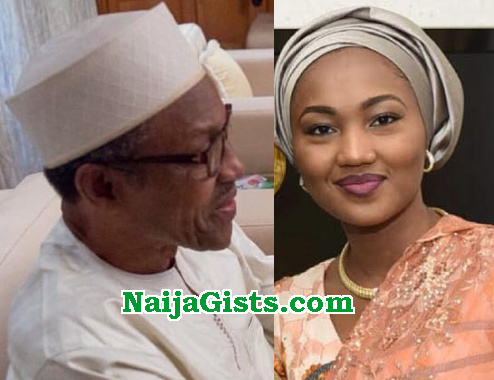 The upcoming wedding ceremony of Zahra Buhari to billionaire heir Ahmed Indimi was meant to be like a cute little play where the two main protagonists get married and live happily ever after. But it has morphed into a series of television drama with cliff hanger episodes.

The marriage, earlier set for December 4, was said to have been postponed on the orders of President Muhammadu Buhari, who was reportedly peeved by the media attention the event was generating.

According to well-placed sources, the President was also concerned that the groom and his family members were using the wedding festivities as a platform to display their wealth.

Although an engagement ceremony has already been held at Aso Villa on Friday November 18, it seems it will be some time yet before the President gives the go ahead for the couple to formalise the event.

The President’s real bone of contention is said to have been the extravagant wedding presents Zahra received from the groom’s family as wedding gifts.

Although the buying of kayan lefe boxes loaded with expensive items for the bride is an entrenched practice in the North, it is alleged that the President frowned at the sheer extravagance of Zahra’s prospective in-laws.