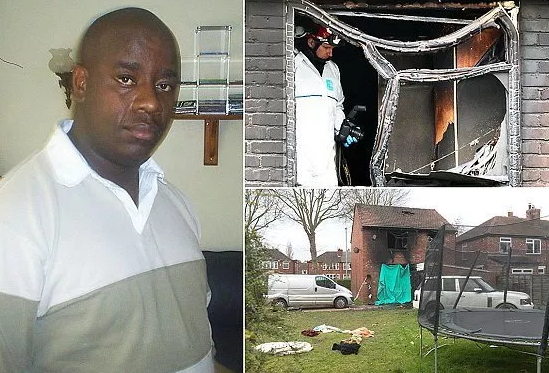 Several Britons are calling on the UK government to allow a heroic asylum seeker to stay in their country.

Robert Chilowa helped save his neighbour’s children from a burning house – but has been told to get out of Britain.

The 46-year-old raced towards the ferocious blaze which engulfed his neighbour’s home after hearing screams of terror from the children trapped inside.

He helped to rescue two youngsters from the flames which claimed the lives of their grandparents.

But he is now fighting to save his home in Withington after being told he has outstayed his welcome in the UK.

The father-of-two, who has lived in the UK for 16 years, is facing deportation back to Zimbabwe, where he says he fears for his safety.

Robert is currently in the process of appealing the decision. He is likely to be told for certain whether or not he can stay in the UK in the coming weeks.

Meanwhile, a petition calling for the Home Office to reconsider their decision has been signed by almost 7,000 people.

Continue Reading
You may also like...
Related Topics:Asylum, deportation, save, seeker, uk, zimbabwean