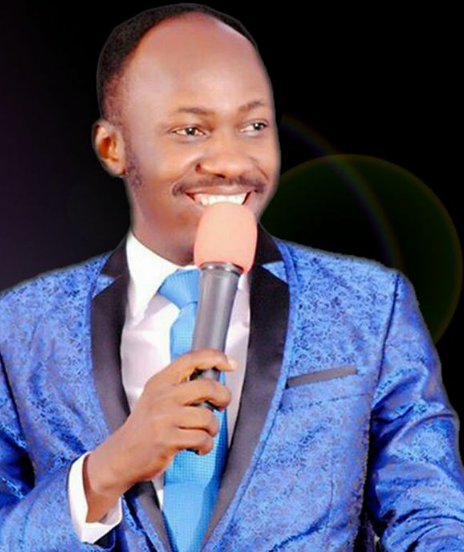 The Pastor at the center of a viral adultery scandal in Omega Fire Ministries, Johnson Suleman has left the shores of Nigeria for the United States where he is billed to perform miracle in a 2-day crusade.

Sources close to him said he departed Nigeria late Sunday Night for Washington DC for a crusade that will be starting tomorrow Tuesday the 14th of March 2017 through Wednesday the 15th of March 2017. 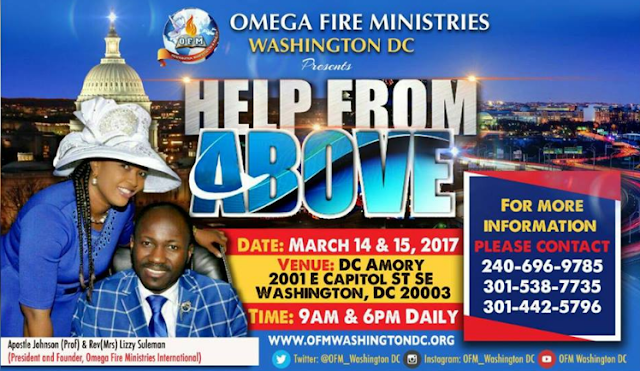 His sex scandal became public about 2 weeks ago when he allegedly colluded with some Federal Police Officers to arrest a Canadian-based musician, Stephanie Otobo, with whom he allegedly had a romantic relationship.