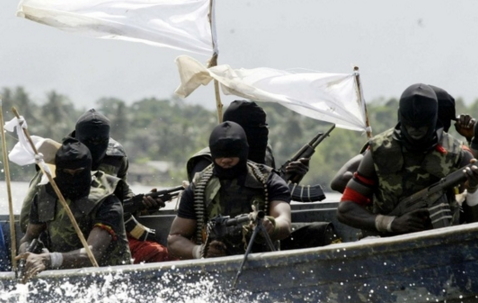 Area Residents of the popular Festac town and Satellite town in Lagos say they no longer sleep with both eyes closed as kidnappers and robbers now operate almost without inhibition in their habitation.

Those who cannot sleep are those with nerves to stay back as more nervous residents are saying goodbye to the neighbourhood.

One of the high-profile kidnapping is the seizing of chairman of cable-manufacturing company, Comestar, Chief James Uduji.

Police authorities in the state said the incident was under investigation.

According to residents who wanted out of public identification, many wealthy residents decided to relocate from the area following reports that Uduji’s abductors insisted that his family must pay them one million dollars (almost N220million) or they would kill him.

Residents are worried that Uduji’s fate may also extend to them, considering the security vulnerability of the area.

Uduji was abducted at gun point near his residence at 7th Avenue, Festac, about three weeks ago.

His family members were reportedly forced to negotiate for him to stay alive.
His brother, Sir Uche Uduji reportedly confirmed the family negotiated with the abductors.

After the alleged payment of N100 million ransom, the kidnappers reportedly told the family to bring another member in exchange for Uduji to go and raise the balance of N120 million.

A police source attached to Area ‘E’ Police Command, said: “One of the millionaires in Festac called me; he said many of them are scared and are currently moving out of Festac. He said he didn’t understand what was going on in Festac. He said towards the end of last year, he had counted five millionaires that had been kidnapped.

“When he was counting the victims, he wasn’t aware of the recent kidnap of one Frank Umeh. He said that what troubles them most in Festac about the kidnapping, is that the kidnappers used to demand ransoms in dollars.

One of the residents also told me that one of the victims’ ransom was paid in South Africa.” He added that the reason for the demand of dollar was not farfetched. He linked it to weakening naira and increasing power of dollar.

On Thursday, the latest victim, Frank Umeh, like other victims, was kidnapped by men in military uniforms at Raji Rasaki Estate, Amuwo-Odofin. Residents described Umeh as an industrialist. A resident added: “The kidnappers were in military uniform.

They trailed Umeh to the front of his house. A driver was driving him. They didn’t bother with the driver. They just took only Umeh. It’s the same gang that had been kidnapping rich men in Festac.” It was learnt that the family of one of the victims paid $1 million.

The kidnappers later said the family was rude to them and refused to release the victim. They now demanded another $1 million. A stranger visiting some parts of Festac like 21, 22 roads, 7, 3 and 4th avenues, would be embarrassed at how residents stare and monitor his or her movements. Before Umeh’s abduction, one Mr. Cosmas Ojukwu Anayo was kidnapped at the estate’s gate, leading to his house. Anayo, a businessman at Trade Fair Complex, was driving back to his home, House 16, X Close, 21 Road, when he was kidnapped. Anayo’s abduction was said to have occurred around 8:15p.m. penultimate Thursday.

The business mogul was in company with four of his apprentices when they were waylaid at X Close gate. The kidnappers took Anayo, but allowed the four apprentices to go. A relative of Anayo, who refused to disclose his name, confirmed the abduction. He said: “It happened on Thursday.

The victim’s wife is not at home now. She should be the person to decide who to speak to. Since he was abducted, we have not received any call or mention of ransom. We are worried about his safety.” A resident, who wished to remain anonymous, also spoke on Anayo’s abduction. He said: “We were praying when we saw men dressed in military camouflage, fully armed in front of the gate. They must have trailed him. They simply asked him to follow them and he cooperated.

They hurled him inside their vehicle and drove off.” According to him, there had been cases of rampant kidnapping in the area.

He added: “The kidnappers’ usual method of operation is to abduct their victims and remain incommunicado for about a week before they start negotiating with the victim’s family.” Last year, kidnappers abducted the wife of the Sun Newspaper’s Deputy Managing Director, Mrs. Toyin Nwosu.

The abduction took place within the same locality as that of Anayo.