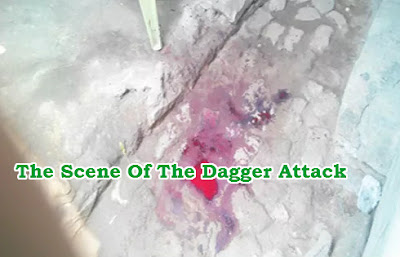 The shoemaker simply identified as Aboki allegedly stabbed his customer with a poisonous dagger during an argument over how much to be paid for a mended shoe.

In the process, he stabbed the customer identified as Eteyen in the stomach. Eteyen fell down while the Aboki packed his things and wanted to run.

Luck ran out on him as youths in the area apprehended him. But instead of handing him over to the police, they picked a disused tyre and put on his neck. “As he wanted to run away from the compound, some people raised the alarm and there were some youths outside who closed in on him and before you he could say anything, they had found a tyre and the boy was already on fire.