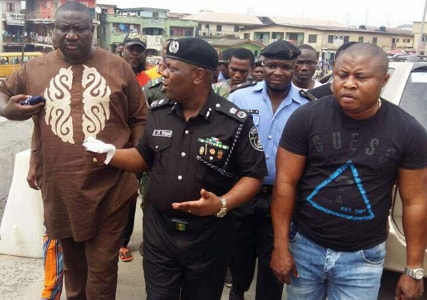 10 traffic robbers who specialise in dispossessing motorists of their valuables at Charity Bus-Stop, Oshodi, were also rounded up by policemen and presented to newsmen.

According to the State’s Police commissioner, the hoodlums were traced to their hideouts where they were arrested with a toy gun.

He added that the police was working toward arresting other members of the gang and urged victims of traffic robbers to visit the Command and identify the suspects.

He assured that all the suspects would be charged to court. [NAN]