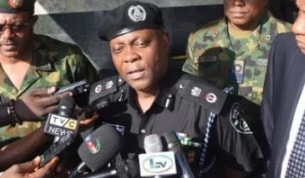 A young pastor who allegedly claimed that the Catholic Women Organization, CWO and the Knights of the Catholic church are occultic group has been arrested.

The suspect, 35-year-old Pastor Christopher Mordi  aka Chris Mordi, the founder of a church in Langbasa area of Ajah Lagos was arrested on Saturday at his church.

Police investigation revealed that the suspect was planning to have a meeting with his church members with an inciting publication titled :  “Beware of Catholic Women Organisation (CWO) and Knights of the Catholic for they are occultic.” when police invaded his church and arrested him.