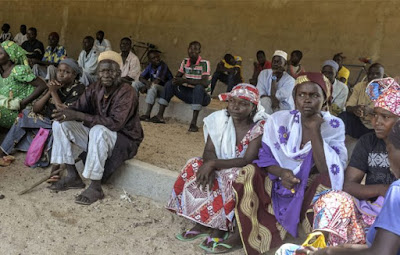 Cameroon Under Fire For Illegal Deportation Of 100,000 Nigerian Refugees Tortured & Abused By Soldiers

The group said in its new report that the deportation defied a plea by UN refugee agency to not return anyone to north-eastern Nigeria, where Boko Haram killed thousands of people, until security and human rights situation improved considerably.”

The HRW report noted that the deported people were likely to face new violence, displacement and destitution.

The group, which investigates allegations of human rights abuses worldwide, says the report is based on interviews with more than 60 refugees.

It added that soldiers tortured, assaulted and sexually exploited Nigerian asylum seekers and denied them access to the UN refugee agency.

The rights group claimed Cameroon deported, often violently, tens of thousands of the refugees since early 2015.

“The Cameroonian military torture and abuse of Nigerian refugees seems to be driven by an arbitrary decision to punish them for Boko Haram attacks in Cameroon and to discourage Nigerians from seeking asylum,” said HRW Associate Refugee Director, Gerry Simpson.

Boko Haram had posed steady threat to communities in north-east Nigeria and launched offensives in neighbouring Cameroon, Chad and Niger.