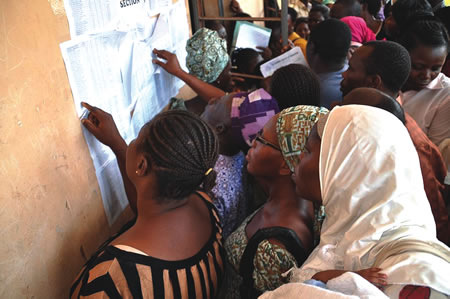 Ogun State Government has announced suspension of no fewer than 1,024 teachers in the state for allegedly using forged certificates to gain employment. Chairman of the State Universal Basic Education Board (SUBEB), Alhaji Mufutau Ajibola, who said the suspension took immediate effect also alleged that those suspended included those involved in other irregularities. He disclosed that the affected teachers were among the 6, 531 out of the 19, 154 earlier screened during an exercise conducted by a firm of consultants, the CITC.

According to him, the firm verified their claims in the form of statement of results and attestation letters from over 50 higher institutions located across the country. Daily Sun gathered that the CITC’s final report submitted to the government showed that 475 teachers were suspended for possessing forged certificates. The affected teachers were also alleged not to have had their attestation letters confirmed by the institutions from which they claimed they attended.

The figure includes 274, who were suspended for not appearing for the screening committee, 236 for being out rightly unqualified and 12 for exceeding statutory length of service. Eleven teachers were suspended for age discrepancies while 14 others were discovered to have died. Two of the suspended teachers were considered to be impostors. Ajibola said the suspension takes immediate effect pending formal determination of their cases by the panel established in the Office of the Head of Service.

The State Commissioner for Education, Science and Technology, Mr Segun Odubela had earlier said the exercise was not a witch-hunting exercise, but “about quality assurance of our human capital. “All our investments to provide affordable quality education will only yield result if we have well qualified and motivated teachers in our classrooms.”

While describing the exercise as thorough, he also added that the state Police Command was considering option of criminal prosecution of those indicted in the exercise. He also restated government’s commitment to flush out persons who according to him were “polluting a noble and respected profession.”

The documents, he added was being compiled for presentation to the state police command for possible criminal prosecution of those indicted in the exercise. source