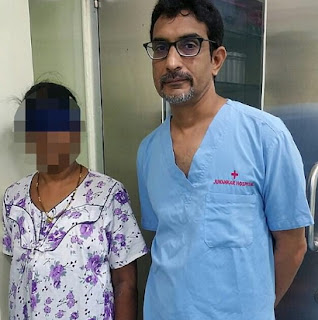 A woman in India is still in shock after a baby she aborted 15  years ago turned into stone.

The 52-year-old woman who refused to be identified has been carrying the stone baby (calcified foetus) for the past 15 years without knowing the source of her ailment.

Though her gynecologist confirmed that her abortion was successful at that time, little did she know that the foetus had turned into stone.

Over the years, she had visited several doctors who gave her pain killers and pills for acid reflux disease but in the last three years, she had been continually vomiting.

Her condition forced her to see a special who discovered the rare fetus blocking her digestive system.

Dr Nilesh Junankar, the laparoscopic surgeon who carried out the two-hour operation to remove the foetus said: 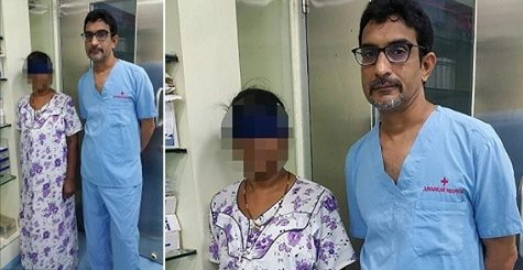 An interesting miracle of nature happened in the woman’s womb.

Instead of allowing the deceased foetus to rot inside the abdomen and expose the mother to potential infection, her body mummified it, turning the baby into a Lithopedion aka stone baby through the process of calcification.

The medical term for stone baby is Lithopedion. Only 300 cases of it has been reported in hospitals across the world. 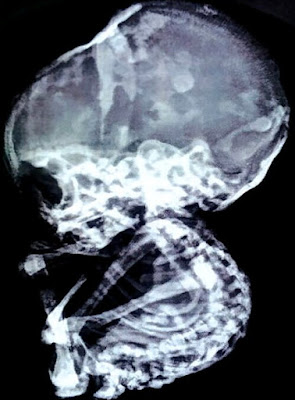 The woman who has since been discharged from Junankar Surgical Nursing home in Nagpur city, India thanked the doctors for freeing her from a decade of pain.

This is one of the rare dangers of abortion.