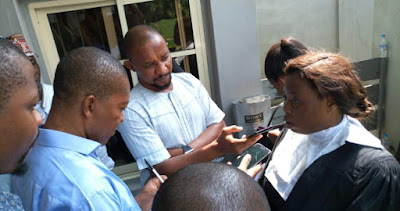 The defendants Celestine Udu, Chukwuma Uchechukwu, Ukwuagu Ugochukwu, Igboukwu Austin and Chukwudi David were charged with 11 counts of copyright infringement and use of premises to promote piracy.

Justice Muslim Hassan ordered them remanded in prison custody and adjourned the case till December 8 for hearing of their bail application as well as commencement of trial.