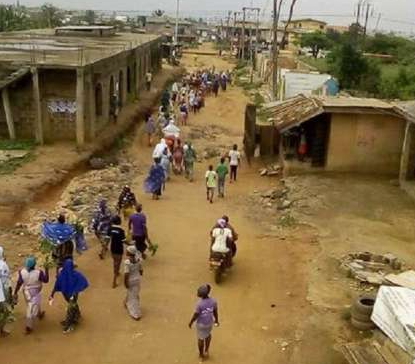 On Thursday the 29th of June 2017, traditional priests carried out ritual to cleanse Ikorodu Lagos community of bloodshed and avert further attacks by Badoo cultists.

It was gathered that the traditional rite was carried out peacefully throughout the night till the wee hours of Friday in most parts of Ikorodu.

According to sources, the traditionalists were addressed by the Ikorodu monarch, Oba Kabir Shotobi, at his palace ground before the commencement of the ritual.

We gathered that a member of the gang was arrested and lynched to death in Ogijo, a town in Ogun State, which shares border with Ikorodu. 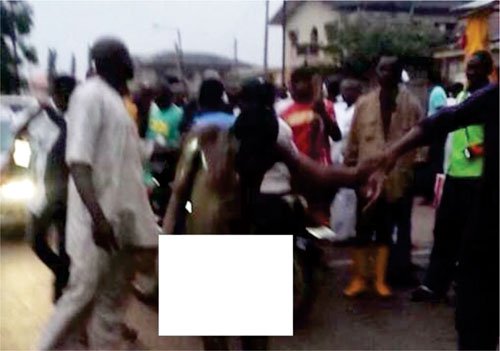 The incident, according to sources, the unidentified naked suspect rubbed liquid substance suspected to be engine oil on his body.

He was said to have led members of a vigilance group that intercepted him to an uncompleted building where he allegedly kept his clothes.

It was learnt that he was found with a heavy stone which he apparently intended to smash on his victims.

Another suspect caught on Friday who allegedly rubbed his body with engine oil, was also caught naked with a big stone.

The suspect was intercepted while attempting to break into a house in the community in the wee hours of of Friday. He was caught naked and smelling of engine oil which he had rubbed on his body in order to avoid being intercepted.

He attempted to scale the fence into a building when he sighted residents who were keeping vigil over the neighbourhood. He immediately ran away and hid inside an uncompleted building where he was finally apprehended.

Despite the torture he received from the furious residents, he refused to name his sponsors and instead fruitlessly pleaded for his life. Attempt to hand him over to the police was dismissed by a mob and he was set ablaze.