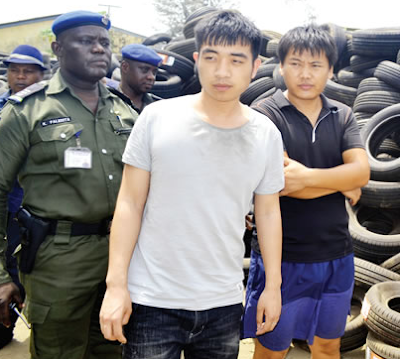 SON, the Standards Organisation of Nigeria has arrested two Chinese citizens, Xu Jing Yau and Taolung Shen who were said to have dealt in substandard tyres worth over N5bn.

The suspects, according to a statement on Sunday, were paraded following their arrest, and the sealing of the warehouse where they had been cloning different sizes of tyres under different brand names. 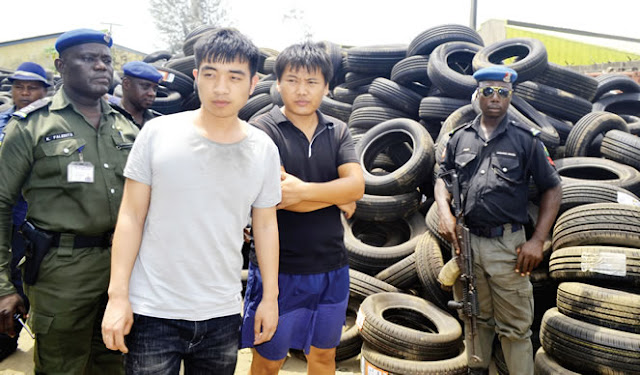 According to SON, the suspects brought the substandard tyres into Nigeria by stuffing them into one another.

“Sometimes as many as five tyres were stuffed into one and the tyres would have bent and ruptured in several places, thereby looking weak and slack.

“But the Chinese adorned the tyres with new labels and shinny linings to create the impression of being new and healthy,” SON said.

Some of the tyres found in the warehouse had post-dated manufacturing dates.