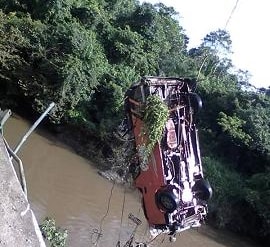 The 1st accident occurred when a speeding Toyota corolla saloon car skidded off its track atop the Ososa dual carriage bridge along Lagos – Ore expressway and plunged into the river around midnight on Friday.

2 persons were said to have died in the process, while 10 others, including seven children sustained various degrees of injury.
It was learnt that the saloon car driven by a police sergeant and carrying 12 people, including his seven children, lost control of the wheel while speeding and fell into the river.

The 2nd accident which occurred on Saturday at the Fidiwo – Oniworo stretch of the Lagos – Ibadan expressway left two women dead and three others injured when two Sienna cars collided with each other. 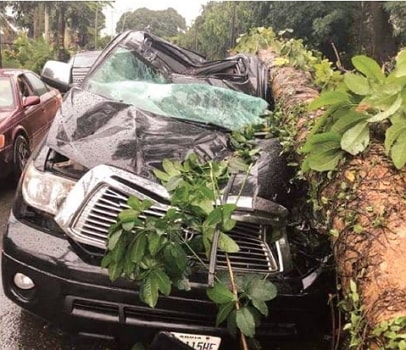 Continue Reading
You may also like...
Related Topics:accidents, fatal, lagos