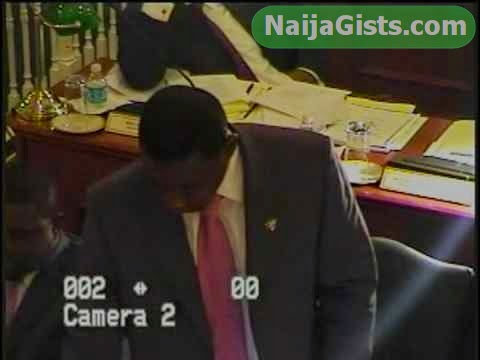 Police in Ebonyi State have arrested two members of Ebonyi State House of Assembly over an alleged case of burglary of the Assembly chambers.

The Police source said the lawmakers were arrested and others invited to the police headquarters following a petition written against them for alleged breakage and invasion of the Assembly chambers on July 21, 2014.

The lawmakers, who are loyal to Helen Nwaobasi, were arrested yesterday at about 10 a.m. at the gate of state High Court as they were coming out of the court in the ongoing case on who is the authentic speaker of the House.

Crisis started three weeks ago when 18 of the 24 members of the House allegedly impeached Speaker Chukwuma Nwazunku.
Nwazunku and nine lawmakers loyal to him filed a suit asking the state High Court to restrain Nwaobasi from parading himself as speaker.

The Nwaobasi’s group also filed a counter-motion seeking to restrain Nwazunku as speaker of the Assembly.

When contacted on the arrest of the two lawmakers, the Police Public Relations Officer (PPRO) of the state command, Mr. Chris Anyanwu, an Assistant Superintendent of Police (ASP) said he was not aware of the arrest and promised to confirm from the officer in charge.

Ebola Virus Suspects Arrested In Ogun State; 2 Guineans & Nigerian Placed In Isolation
Arab Man Stabbed To Death By European Girlfriend In Dubai For Not Marrying Her