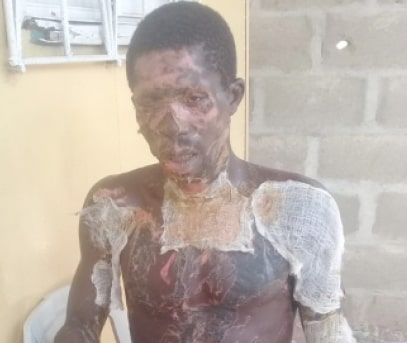 IGP Intelligence Response Team (IRT), has arrested two Ghanaians for allegedly robbing a truck driver of his vehicle and goods with acid.

The Force spokesman, DCP Jimoh Moshood confirmed the arrest to newsmen on Tuesday in Lagos, stressing that the suspects carried out the crime in Edo on Dec. 9, while they were arrested in Enugu State.

Moshood said that the suspects allegedly poured raw acid on Taiwo Adesanya after robbing him at the Olukwu area of Benin City of his truck with goods.

He said that the suspects, Eric Aidan and Matthew Kwasha, are notorious criminals who specialise in killing their victims with raw acid after dispossessing them of their belongings , especially vehicles.

The image maker of the force, who said that the suspects were currently being detained at IRT Cell in Ikeja , Lagos, noted that their mode of operation was to seek employment as driver and conductor in haulage companies.

He said while in such company, they study the company and perfect ways to divert their employers goods and sell the vehicle.

Moshood said after selling the goods, they would relocate to another place where they would apply for the same position in another company, stressing that their last operation was the incident of Dec. 9.

He said that after they attacked the driver who was sleeping from the long journey with raw acid , thinking that he was dead , they snatched his truck loaded with 600 bags of sugar and dragged him out of the truck. 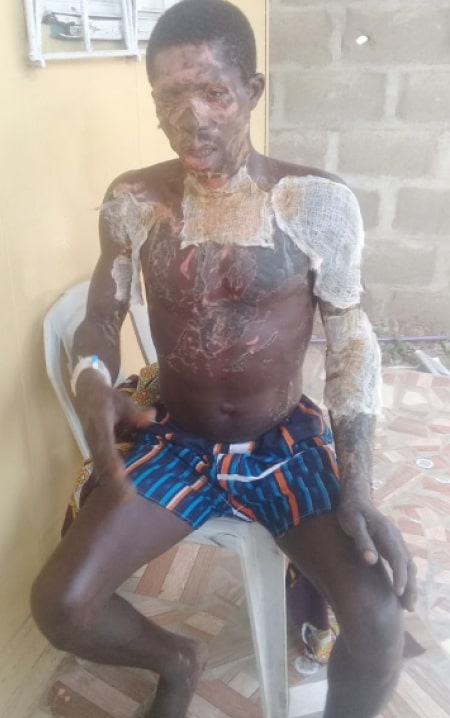 The image maker said that the owner of the truck petitioned the I-GP following the attack on the driver and the diversion of the sugar worth over N10 million the driver was carrying to Benin City.

According to Moshood, based on the petition, the I-GP directed the Commander IRT, DCP Abba Kyari to investigate the matter, stressing that upon the directives, Kyari directed CSP Phillip Rieninwa, IRT commander in Lagos to go after the suspects .

“The team led by CSP Rieniwa swung into action and tracked the suspects to a shrine in Nsukka, Enugu State, from where they were apprehended.

“They have confessed to the crime and they will soon be charged to the Court. The victim, who survived the acid attack, was able to recognise the suspects,” he said. (NAN)