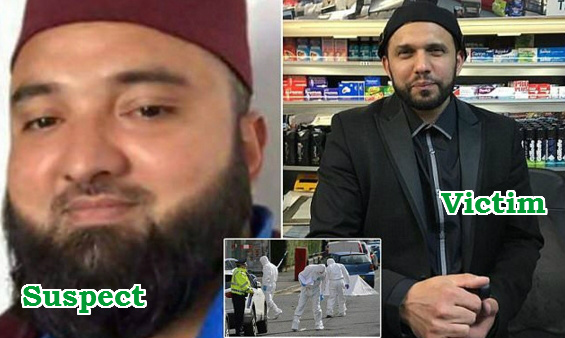 A 32-year-old Muslim cab driver Tanveer Ahmed has confessed to the murder of a store keeper identified as Asad Shah in Glasgow.

This is what Shah told his customers who are Christians via FB:

“Good Friday and a very Happy Easter, especially to my beloved Christian nation… Let’s follow the real footstep of beloved holy Jesus Christ and get the real success in both worlds.”

But around 9pm on the same day, a taxi driver came to his shop and stabbed him more than 30 after accusing the victim of disrespecting Islam by wishing Christians a happy Easter.

On Wednesday Ahmed was charged with murder.

Hear what Ahmed said to justify the murder.

“Shah was an Ahmadi Muslim, and had “disrespected the messenger of Islam the Prophet Muhammad peace be upon him.”