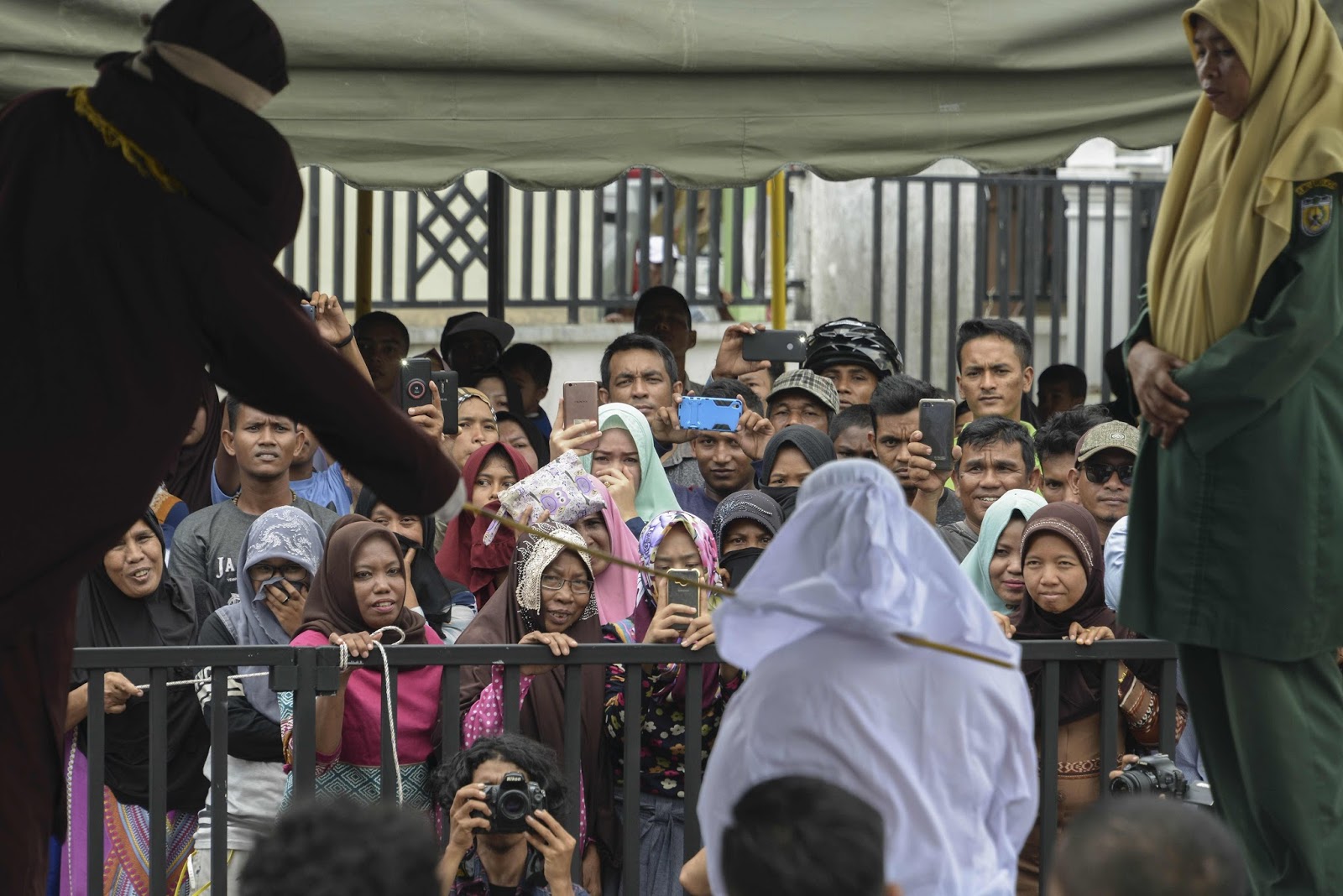 2 Christians in predominantly Muslim province of Aceh in Indonesia were today flogged in public for allegedly playing children’s video game.

The Christians were among the 5 people whipped severely today in front of a baying mob in the aforementioned Province.

61-year-old Silitonga Dahlan and 45-year-old Tjia Nyuk Hwa were flogged 6 and 7 times in front of a mosque after they were arrested for playing a Children arcade game in public.

They were accused of gambling with another man identified as Ridwan MR who was lashed 19 times for simply being there to watch the couple. 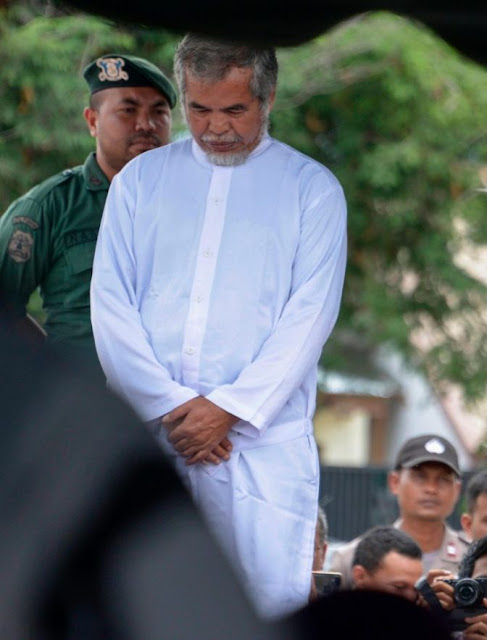 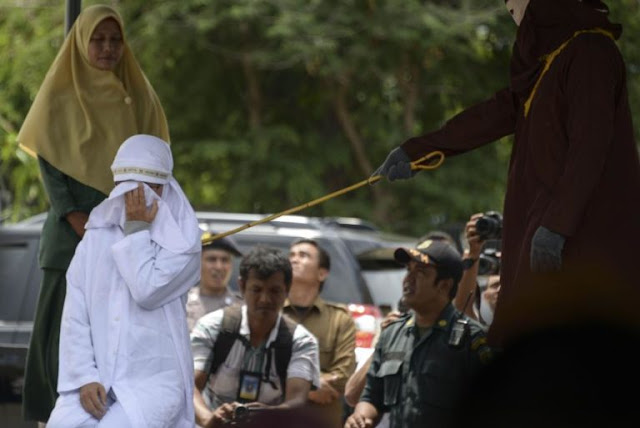 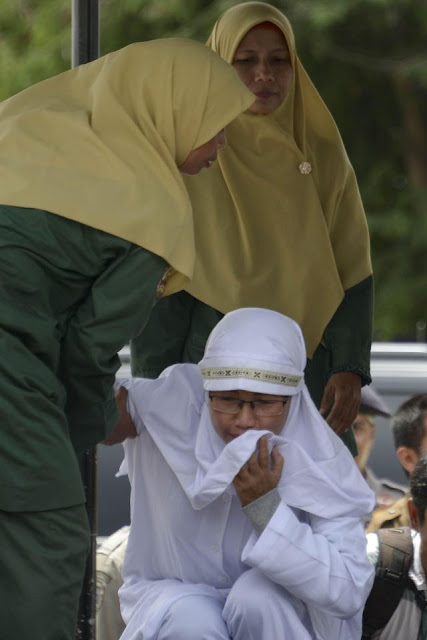 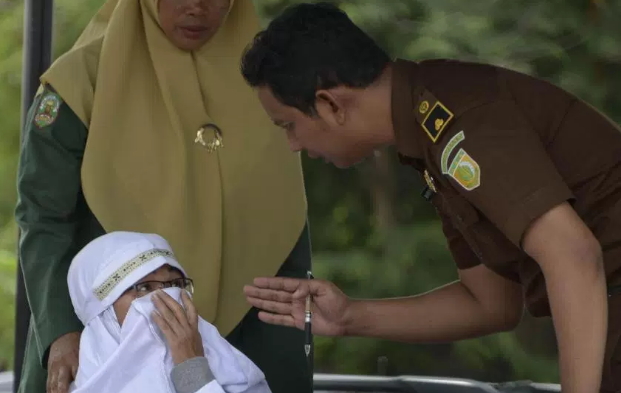 Aceh is the only province in Indonesia that imposes strict sharia law.