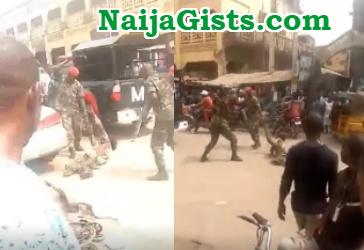 The 2 army officers who battered a disabled man in Anambra state on Tuesday have been arrested.

The unidentified soldiers reportedly saw a crippled man wearing military camouflage by the road side in New Market Road before unleashing terror on him.

Instead of them arresting him, they resorted to using brutal force on the helpless man who ended up getting dragged across the road while passersby and shoppers looked in horror.

Army Spokesperson Sani Usman released a statement yesterday that the command has arrested the officers in the video clip below.

Here is the Facebook user who first broke the news 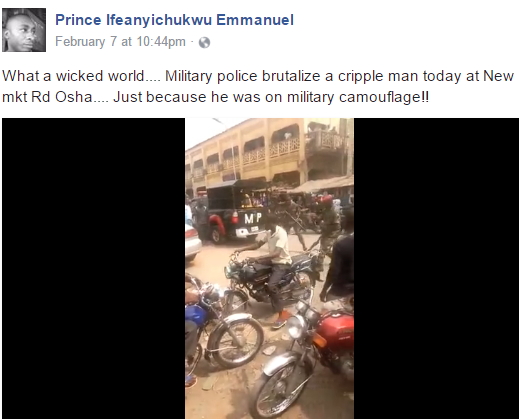 These merciless officers will do well in Sambisa.

Man Kills Mother In Ajah Lagos Over N500K, Blames Her For His Failures
Justice For Shola Gaska: Family Of Nigerian Lady Murdered By Husband In Poland Seeks FG Help