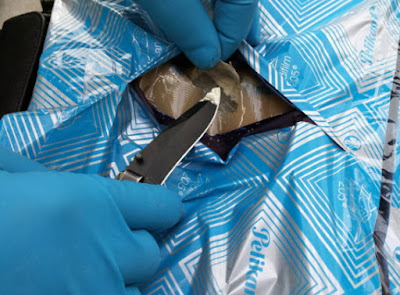 2 Nigerians whose names were not disclosed, have been arrested at Cape Town International Airport in two separate instances for allegedly being in possession of cocaine worth over R700 000, Western Cape police said on Sunday.

One of the women’s bags was searched by a constable who discovered five small packets concealed in a pair of socks, wrapped in black pieces of plastic, he said.

“When police members unwrapped the packets they found white powder in the small see-through plastic packets. When they asked the suspect about the substances she explained that she is using the substances which is known to her as the drug cocaine.”

“Members decided to physically search the suspect further and discovered more cocaine in about 11 packets wrapped in black pieces of plastic. The packets were concealed in various parts of her body and also inside her shoes,” Van Wyk said.

The 29-year-old woman was arrested for alleged possession of drugs. The estimated weight of the substance was 30g and its estimated street value was R7500. She would appear in the Bellville Magistrate’s Court soon, Van Wyk said.

About an hour earlier, a Nigerian man was also arrested at domestic arrivals for alleged possession of a substance presumed to be cocaine.

Van Wyk said police officers were “doing profiling” at domestic arrivals at about 10.25am when an unknown African man wearing a pair of blue jeans, a blue top, and brown sneakers was spotted picking up a pink suitcase from the carousel and walking away in the direction of the exit.

Police officers approached him and asked to search his suitcase. The search revealed a hidden compartment with 22 plastic bags containing a “suspicious white substance”.
The SAPS K9 unit was called and a sniffer dog reacted positively to the substance. The 31-year-old Nigerian national was then arrested.

“The weight of the substance is estimated to be 2.36kg with a street value of approximately R708 000. The suspect was detained and is due to appear in the Bellville Magistrate’s Court soon,” Van Wyk said.