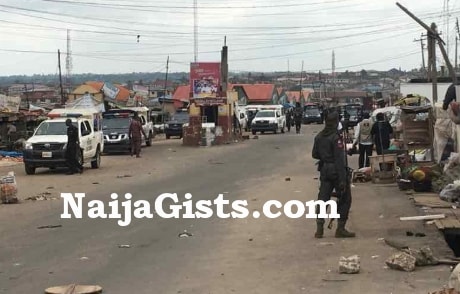 A drunk driver has killed 2 policemen in Ibadan.

The men attached to the Special Anti Robbery Squad of the Oyo State Police command were crushed to death on Friday.

According to eyewitnesses, the incident happened when the drunk driver rammed into the policemen while they were attempting to enter a vehicle they brought to a car wash at Orita Challenge area of the capital city.

The officers who died on the spot were taken to a nearby hospital while the driver who was found to be drunk was arrested at the scene.