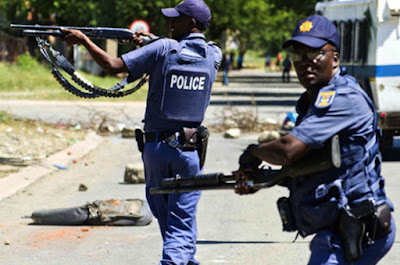 The Nigerian Mission in South Africans says indigenes responsible for the violent attack on Nigerians in Durban and other areas have been apprehended and arraigned in South African Court on Monday, Jan. 22.

The Nigeria Consul General in Johannesburg, South Africa, Mr Godwin Adama, disclosed this in a statement made available to NAN in Abuja on Monday.

The Consular officers from the Nigerian Consulate-General in Johannesburg and the Nigerian High Commission in Pretoria were in Durban to witness the court proceeding.

Two policemen were arraigned in court and the case was adjourned till Monday, Jan. 29 while the accused were refused bail and remanded in prison custody.

According to the Consul General, the late Ebuka Okori was killed in Durban, Kwa-Zulu Natal Province, South Africa on Friday.

“We condemn in strong terms the barbaric acts and call on the South African authorities to intervene and put an end to this ugly trend.” he added