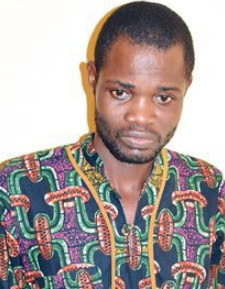 Police in Lagos arraigned a man, Adeniyi Adewunmi, who allegedly obtained N190million from a businessman to cure his diabetes, asthma and spiritual attack.

43-year-old Adewunmi, 43, of Ajao Estate, Oshodi, is standing trial before Chief Magistrate F.O. Botoku on a four-count charge of conspiracy, fraud and stealing.

According to Prosecuting Sergeant Friday Mameh, the defendant and his alleged accomplices committed the offences between February 2016 and January this year, at Ajao Estate.

Mameh said: “The defendant and others still at large approached the complainant, Mr Lawrence Akanbi, and told him he was suffering from diabetes, asthma and spiritual attack.

“The complainant believed them because those were the ailments he was suffering from.

“The defendants then persuaded the complainant that they could cure his ailments with herbs for a fee.”

According to the prosecutor, Akanbi was persuaded to begin giving them money for bogus treatments.

The treatments became more and more expensive and continued for several months with Akanbi having to travel to Ekiti to make some of the payments.

They eventually obtained a total of N190m, yet the complainant’s condition did not improve.

When they sensed that the complainant was becoming suspicious, the defendant and his accomplices disappeared.

Sometime last week, the defendant returned to the complainant to request for more money, but Akanbi grabbed him and raised the alarm following which the police was called.

The claimant was absent in court on Monday.

Chief Magistrate Botoku granted him N20 million bail with two sureties in the like sum.

She remanded Adewunmi in prison custody pending the fulfilment of the bail conditions.
The case continues on February 12.