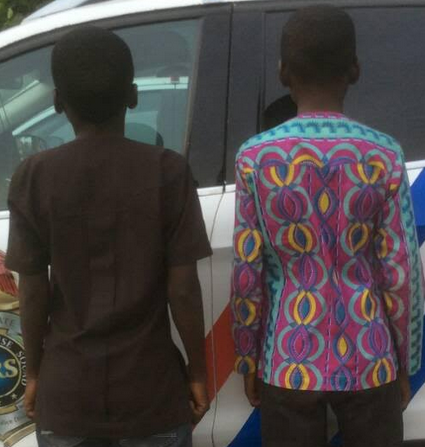 May 21, 2017 – 2 Teenagers Who Fled Poor Parents Home In Abuja To Hustle In Lagos Rescued By RRS

The RRS on Monday last week rescued two teenagers fleeing the Abuja abodes of their parents and re-united them with the parents on Friday.

The teenagers, Chidubem Amaechi, 13 and Chinedu Onyebuchi, 13 were rescued by the RRS operatives of Monday morning after alighting from an Abuja bus at Ojodu Berger, Lagos.

The teenagers were sighted by the officers wandering around Ojodu – Berger before they were invited for questioning.

The children had lied to the officers during interrogations that they were kidnapped and blindfolded before they were driven to Lagos by their abductors. 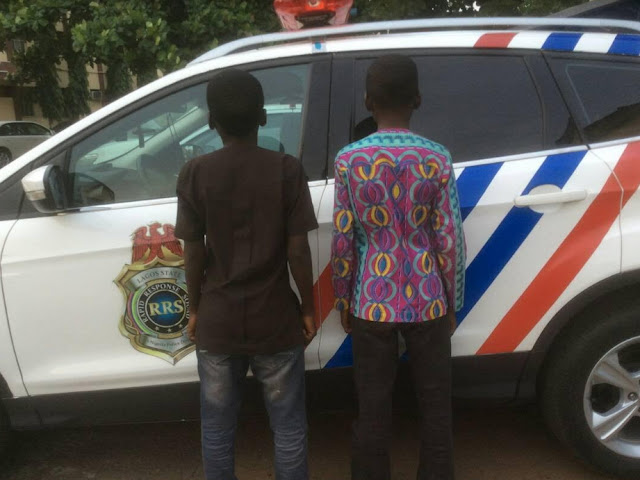 They added that they escaped from their abductors while they sleeping an under bridge before Ogun –Lagos long bridge.

Inquisitively, the officer moved the boys to the RRS Headquarters, where an investigation into their kidnapping was launched immediately.

While the investigations were on, officers suspected the children were lying about the kidnapping story.

Their parents, who have been looking for the boys in Abuja since Sunday, May 14, 2017, were shocked when contacted that their children were in custody of Rapid Response Squad, Lagos.

It took three days of questioning before, Chidubem Amaechi opened up that he and Chinedu Onyebuchi, connived to leave Abuja because of the poor states of the parents.

According to Amaechi, “we noticed that our parents were suffering in order to take of care us. We decided to come to Lagos and work for sometimes.

Whatever we were able to raise in six months, we would handover to our parents for them to start business.

We realised that the hardship was too much and that we would be helping them if we leave our families in Abuja in search of better opportunities in Lagos, he stressed.

Amaechi added, I brought my N4, 200:00 savings while Chinedu added N500 as transport fare to Lagos.

We were already in Lagos before we realised that we were simply being stupid. We were wandering about when the officer invited us for questioning”.

The Commander, Rapid Response Squad, ACP Olatunji Disu, who received the parents of the teenagers on the fifth day of being in the Command’s custody in his office, appealed to parents and guardian to monitor and take good care of their wards.

The boys were re-united and released to their parents on Friday after they had promised not repeat their actions again.