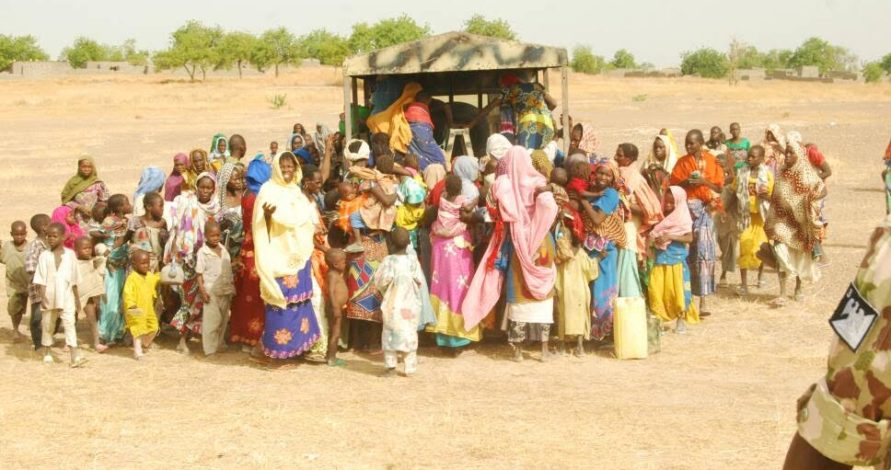 “Following confirmed information about the presence of remnants of Boko Haram terrorists in some villages around Ngala, troops of 3 Battalion, 22 Brigade Nigerian Army, on Friday, 19th May 2017, along with some civilian JTF embarked on fighting patrol to the area.

“The patrol team had a fierce encounter with the terrorists at Ndufu which they decisively dealt with before proceeding to clear Muktu, Muzuri and nearby communities within the area.

“Although some of the terrorists fled to various directions on sighting the troops, the patrol team was able to neutralize nine terrorists, destroyed their Improvised Explosive Device (IED) making factory and rescued 998 persons.

“125 people were rescued at Ndufu, 802 at Muktu and 71 persons at Muzuri. Interestingly, despite the heat of the battle, the troops also vaccinated all children under the age of five with polio vaccinations.